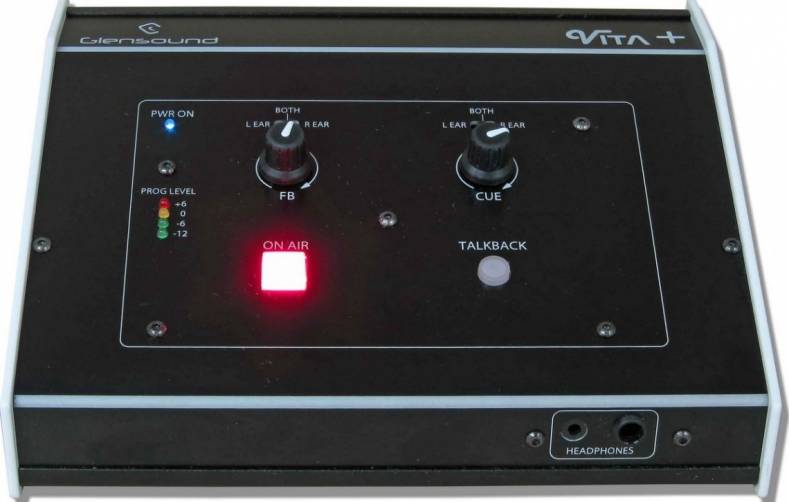 UK commentary system, monitor and interface manufacturer Glensound will arrive at the 2017 NAB Show in Las Vegas with new offerings. Among these are a new commentary system, headphone amplifiers and monitoring devices, many featuring Dante and AES67 audio over IP (AoIP) capability.

Glensound's managing director Gavin Davis will be on the stand in Vegas, along with chief engineer Ian Burns, to demonstrate the product launches. Davis was also on hand at the ExCel exhibition centre in east London during BVE and gave The Broadcast Bridge a run-down of recent developments.

Chief among these is the Virgil, a small but broadcast spec stereo headphone amplifier for studio work. "It's based on our GS-HA014 analogue headphone amp," commented Davis. "Dante provides not only the audio connections but also the power by using POE [Power Over Ethernet]." The Virgil can be fitted under a studio desk and additionally features a 96kHz Dante interface with Glensound's in-house designed headphone drive circuitry. Davis added that the unit was called Virgil after the Roman poet who guided the protagonist through Hell and Purgatory in Dante's Inferno.

Another new small box is the Vita+ commentary unit. This is a desktop version of the established Vita belt pack and is designed to give two-channels of audio to and from a Dante IP network. It can operate using POE or a DC supply and is described by Davis as a "traditional box for commentary booths". The Vita+ is a low cost, entry-level device aimed at the US market more than the UK. "The American talent like a simpler interfaces," Davis said, "and this features one on/off button, along with remote control software." 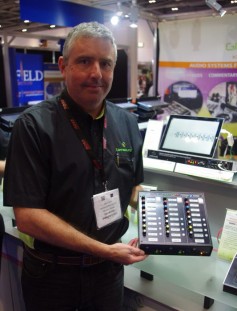 The Paradiso is another recently introduced product based on AoIP/Dante that is likely to replace an existing Glensound device. It is a commentary unit with inputs for two commentators and one guest, plus four talkback outputs and eight headphone monitoring inputs. Running on POE, the Paradiso is described by Davis as "almost a hybrid mixer" because it handles both broadcast audio and networking.

Glensound introduced a digital commentary system (DCS), the GDC-6432, in 2008 and the Paradiso is seen as the natural successor to that. "The Paradiso is mainly for TV work and we expect it to replace the DCS," Davis said. "From the broadcaster's perspective the DCS is a two-part system but the Paradiso is one box, so it is more flexible and cost-effective. It also has Dante connectivity and interoperability through AES67." The Paradiso is now shipping and being installed on the fibre network being built by the English Premier League for football coverage.

Also on display at BVE were the Symphony, a musician's headphone monitor originally designed for the Belgian National Orchestra, and the Dark88 custom-built 64-channel Dante monitor. This last item was being previewed prior to going into full production by the summer. Davis hoped it would be on display during the NAB Show.