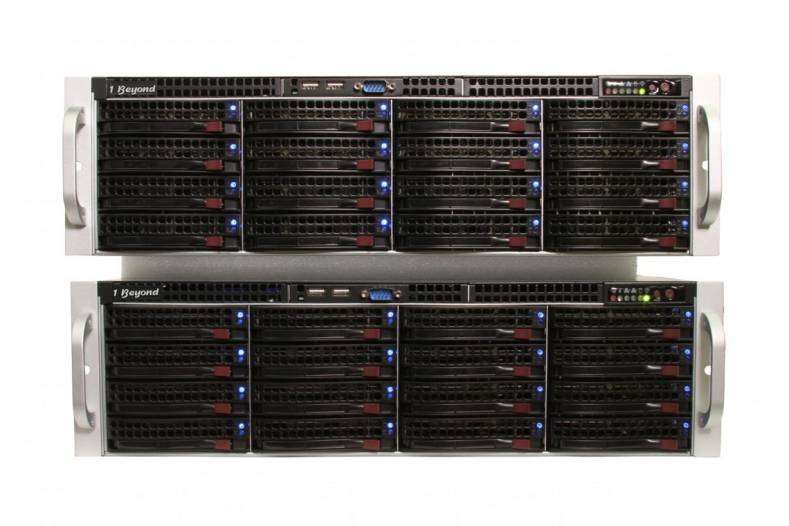 1 Beyond has a new and lower entry point model of its EzPetaSAN shared storage solution. The EzPetaSAN Lite scales from 64TB up to just over 1PB of storage; the original EzPetaSAN starts at 240TB and expands to over 20PB.

The EzPetaSAN range is for large video libraries and allows multiple users to simultaneously edit HD to 8K+ formats directly from the storage.

“Our customers have been asking for the reliability, scalability, and high performance offered by the EzPetaSAN but at a lower entry point,” said Terry Cullen, CEO and Founder of 1 Beyond. “EzPetaSAN Lite is designed to reach every type of facility including those with smaller storage requirements and limited budgets as well as those that need to expand to 1 PB of storage.”

EzPetaSAN’s modular architecture is composed of an1 Beyond EzPetaHub,a central control system which hosts1 Beyond HyperSpace OSand the file system, and 1 Beyond EzPetaBlkstorage blocks, which can be added to the system to increase performance and capacity without any down time.

User connectivity can be 1, 10 or 40 Gbps to ensure each workstation has throughput needed for dealing with larger file sizes.