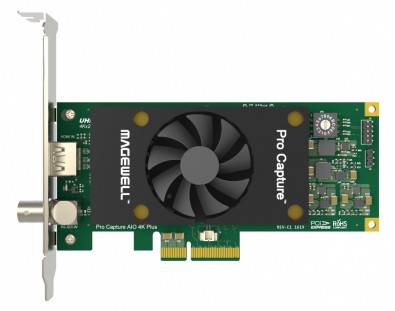 Highlighted among Magewell's many products at the show will be the company's latest 4K models in the Pro Capture family of PCIe video capture cards. Addressing the rapidly growing demand for 4K in production workflows and resolution-critical video applications such as telemedicine, five 4K models offer a flexible choice of input interfaces including HDMI, SDI or DVI. All five Pro Capture 4K cards feature zero-CPU-usage, hardware-based video processing, and support resolutions up to 4096x2160 -- including 3840x2160 Ultra HD -- at 30fps. Select models also support 4K at 60fps. 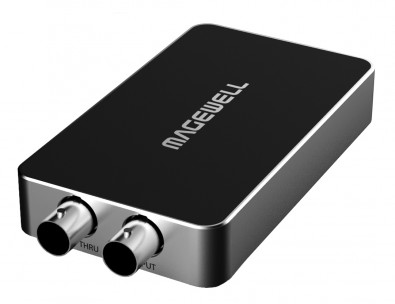 Magewell's just-released USB Capture Plus family of devices will make its NAB debut. Enabling all types of computers including laptops to capture professional video and audio signals through a standard USB 3.0 interface, the new "Plus" series builds on the popular features of the company's earlier USB Capture models with enhancements including signal loop-through on HDMI and SDI units, as well as expanded audio support. Available with HDMI, SDI or DVI inputs, they feature driver-free installation and automatic input format detection for true plug-and-play operation.

Magewell will also introduce multiple brand-new, previously-unannounced solutions at the show, including further expansion of its 4K and USB capture families, plus a new output product line that extends the company's highly-regarded video capture benefits to playout applications.