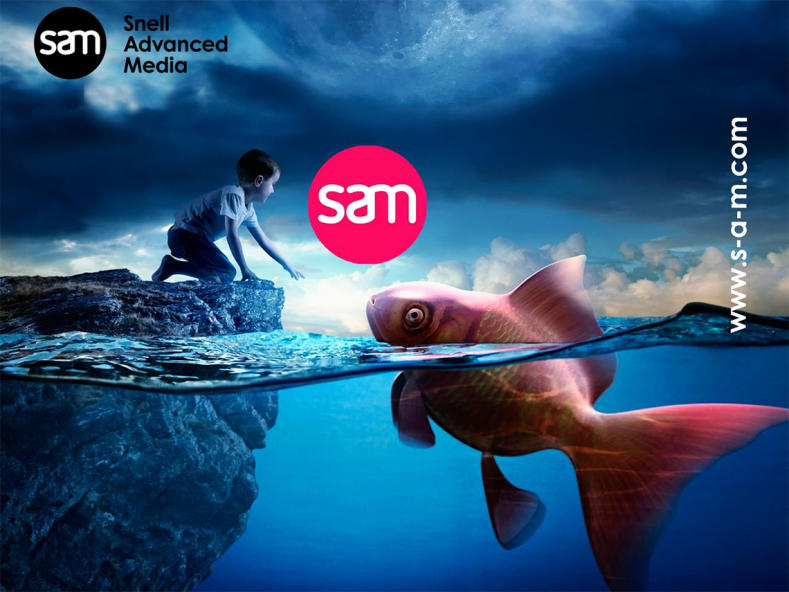 Snell Advanced Media (SAM) will be coming to the 2017 NAB Show with some really exciting news and they’ve decided to break it here first on The Broadcast Bridge.

“To begin with, we are hearing a call for the kind of video feature set that our Quantel Rio finishing system offers not only from the high end, multi-million dollar feature film arena but also increasingly from indie productions and content creators in the broadcast world.” Peters said. 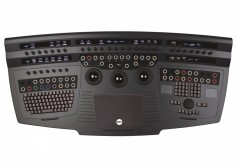 The Quantel Rio NLE from SAM has been used to post some of Hollywood's most prestigious productions.

“So we will be widening the Rio portfolio to include Rio 8K, Rio 4K, Rio and Go! as our new editing range. In addition, we will be giving them remote editing/review and approval capabilities from anywhere with a cell phone or tablet.”

Even more, all of these products will be capable of managing different aspect ratios from 2 pixels X 2 pixels up to 13K, variable frame rates up to 120 fps for Rio 8K and Rio 4K, High Dynamic Range (HDR) treatments including HDR10 (SMPTE 2048), Hybrid Log Gamma, Sony S-Log, and others as they come along, and the wider color gamuts used for UHD such as BT.2020 in addition to HD’s Rec.709.

Importantly, all of these Rio-based capabilities including HDR and WCG will also be migrated into the full spectrum of SAM’s live production gear such as the Kahuna production switchers which will be a new feature for this venerable SAM product at the 2017 NAB Show. 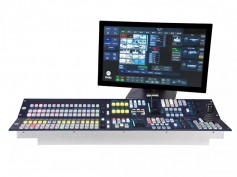 SAM's Kahuna production switcher will be seen for the first time with HDR capability.

This evolution will enable live HDR production from a single family of production systems in a way never before possible.

“As this spreads throughout the SAM real time production infrastructure, we feel the addition of HDR will be especially appreciated in live sports broadcasts,” said Tim Felstead, head of product marketing for SAM, “as this imaging format gains market acceptance.”

Such an ambitious advance in capability means SAM will be providing an end-to-end HDR workflow for live television production, all based on the well-established Rio code.

But that’s only the beginning of the news for the top end of SAM’s Rio line of NLE’s.

By the time the exhibit halls open on the first day of the 2017 NAB Show, Rio 4K and Rio 8K will be certified Dolby Vision compliant.

“All the Hollywood studio providers are asking for Dolby Vision finishing, as are Netflix and Amazon,” Damon Hawkins, product manager, editing, color and finishing at SAM told us, “and by NAB we will be able to achieve Dolby Vision certification in all our Rio 4K and Rio 8K mastering systems.”

To make all of this more affordable, SAM has re-designed these systems to let them work with non-proprietary IT storage. COTS (Commercial Off The Shelf) based systems can be used to enable collaborative editing for production and finishing environments.

As if this weren’t enough, SAM will also be bringing a brand new News Production System called VIBE that combines the power of Rio and the agility of SAM’s sQ servers with the cost-efficiency of standard IT storage.

VIBE enables a collaborative workflow over IT, browser-based editing and shot selection with Go!, and is designed to release its content to the Web and social media as well as broadcast TV.

The Broadcast Bridge is the first place you will have heard about these intentions from SAM, and they have set the bar remarkably high for their 2017 NAB Show rollout. Stop by their booth during the big Vegas show to see if they live up to this promise.