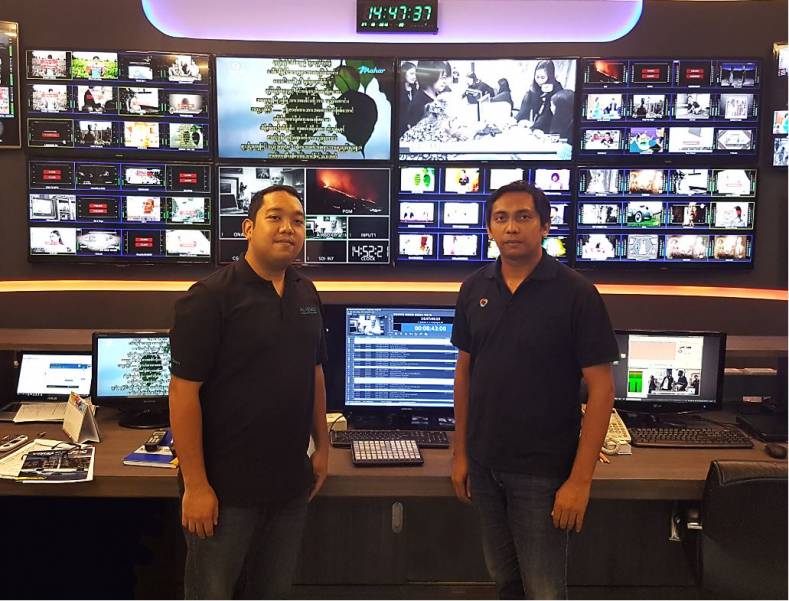 PSI transmits its own channel, Saradee, and provides round-the-clock television playout and monitoring services via Thaicom 5 and Thaicom 6 satellites from its headquarters in Bangkok. Thai channels using the PSI platform include JKN, JatingJa, MChannel, Boomerang and TNT.

Taipong continued, “This project includes the upgrade of two AirBox channels to AirBox Neo. These are configured in main and backup roles for the Saradee channel which provides a mix of public information, documentaries and entertainment. We have a total of 15 AirBox servers, all of which perform well and give our customers an essentially seamless service. AirBox Neo brings a lot of extra facilities including the ability to handle UHD, HD and SD content within a single server. Most technical support is obviously now online but we appreciate the proximity of the PlayBox Technology Thailand office right here in Bangkok."

ListBox Neo enables programme editors to create and edit schedules days or weeks in advance of transmission. It provides facilities such as text searching, clips copying/pasting and schedule printing. ListBox Neo also has a clip trimmer for simple programme editing. No special server or hardware is required. ListBox Neo runs flawlessly even on a notebook, even with software-based trimming and previewing.

SafeBox Neo replicates remote content to local playout server folders for safe transmission. It implements a new graphic interface plus new significantly faster processing for moving primary or copied content to the playout and central storage servers. In addition, a new workflow routine protects content being overwritten. Expired daily schedule content is automatically deleted or moved to a predefined folder for manual deletion or archiving. Deletion can be performed automatically or by manual approval of deletion lists. Files can also be assigned specific protection to prevent removal from network sources. SafeBox Neo can be operated in playlist-dependent or stand-alone mode.