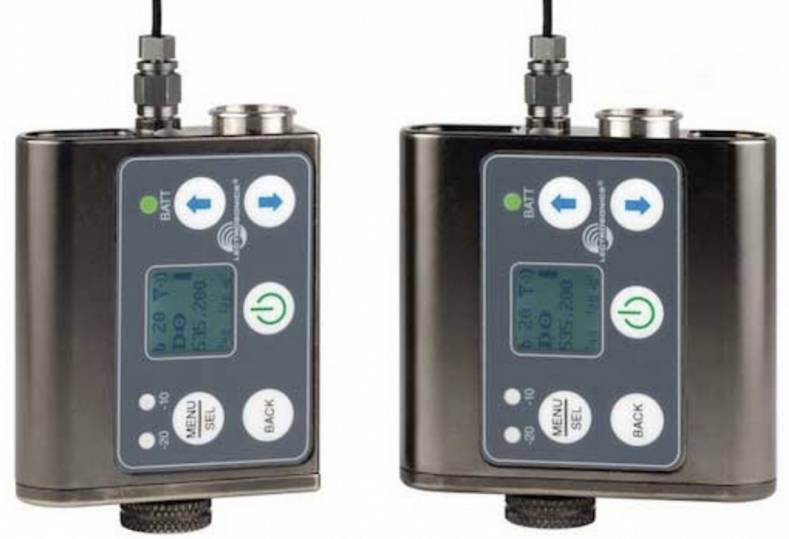 At least three professional audio manufacturers have recently introduced the mini-sized audio recorders, which can attach to speaking talent and replace the use of wireless microphones. Lectrosonics, Tascam and Juicedlink has introduced the tiny recorders and no doubt more manufacturers will be entering the market soon.

Lectrosonic’s new PDR (Personal Digital Recorder) is designed to record audio with time code in circumstances where a traditional full-sized recorder or wireless system is impractical. This can include extreme sports, public events, documentary or reality shows. The recorder is lightweight, unobtrusive and can be hidden in clothes or as a plant mic. 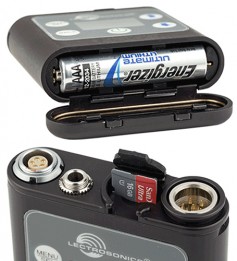 The PDR, priced at $749.00, provides a headphone output for monitoring or file review or can be set as a line level output to cascade to a transmitter via an MC70 adapter cable. It can also be tethered to a camera. The headphone output doubles as a line output to feed the AV input.

The BWF (.wav) file formatted audio tracks include time code data for synchronization. There are two recording modes. HD Mono records the audio in a single file, while Split Gain records two different channels in the file — one at the normal level and another at -18 dB as a safety track.

The input connector is the industry standard TA5M jack that accepts any mic or line level signal, and provides bias voltage to power a wide variety of electret lavalier microphones. The input connection and wiring is compatible with microphones pre-wired for “compatible” and “servo bias” configurations to feed five-pin inputs on Lectrosonics wireless microphone transmitters.

The tiny device records to micro SD cards (HC) type, has a “servo bias” input preamp and has solid machined aluminum construction. It runs for six hours on batteries. 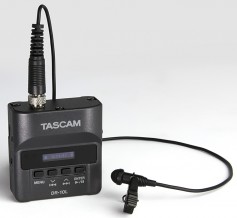 Designed for videographers, the DR-10L can be mounted to each on-camera actor, removing the need for booms, wires or wireless systems. A DR-10L, for example, can be worn by the members of a wedding party to ensure that every word is captured for all the participants.

The DR-10L, which weighs 2.2 ounces including battery, has several features to prevent distorted audio, but the most secure is Dual Recording. This feature captures a copy of the signal at a lower level, acting as a safety track in case of distortion. If the battery runs out in the middle of a recording, the unit will automatically save the file before turning off so the take isn't lost.

Automatic level, limiter and other functions solve common recording level problems. If the input sound level is too low or too high, an automatic level function can increase or decrease the recording volume to an appropriate level. The limiter prevents distortion caused by sudden input overloads. These functions save users from worrying about recording level settings in situations when there is no second chance.

The DR-10L operates for up to 10 hours continuously on a single alkaline AAA battery. It records at 44.1kHz/48kHz, 16/24-bit linear PCM mono/poly recording. Storage media is up to 32GB microSD/SDHC cards. 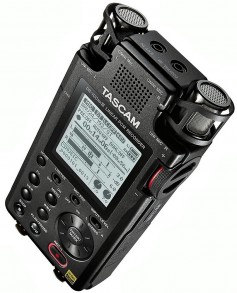 There is also a Tascam DR-10X model without the lav mic, but with a built-in XLR connector for attachment to any professional microphone. It is priced at $179.99.

The grandaddy of the compact audio recorders is Juicedlink’s Little DARlink family. Also an alternative to using wireless, the Little DARling Distributed Audio Recorder overcomes limitations in wireless range and dropouts. You can use as many as needed simultaneously. 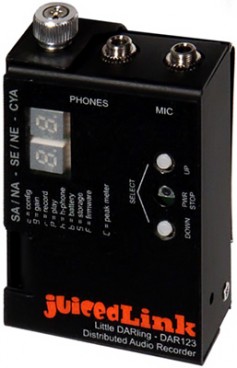 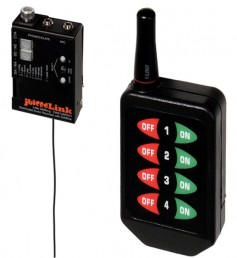 Many editing systems will allow the easy syncing of multiple sources of audio from various devices. For systems without that internal feature or for simple automated audio sync, there is Red Giant’s Pluraleyes ($299.00). With the touch of a single button, PluralEyes analyzes the audio from all the cameras and audio devices and syncs them in seconds. No clapboards or timecode are needed. It works with any editing system.

Personal digital recorders are now offering competition to wireless microphones at a time when frequencies are under challenge by the FCC. These recorders bypass the frequency problem altogether — often at considerably lower cost. They make a nice addition to the sound operator’s toolkit.