Shure’s 50-year-old SM58 is the best selling microphone in the world — something that can be said of very few professional audio products. This year, Shure is offering a special commemorative edition of the microphone to celebrate the anniversary.

When I think of Shure’s SM58 mics, memories flood my mind. This is a microphone I have virtually grown up with. Every rock band worth its salt has a few of them and every president of the United States since Lyndon B. Johnson has used a member of this microphone’s family. For a half century, these mics have set a standard — not only for audio quality, but for extreme durability. 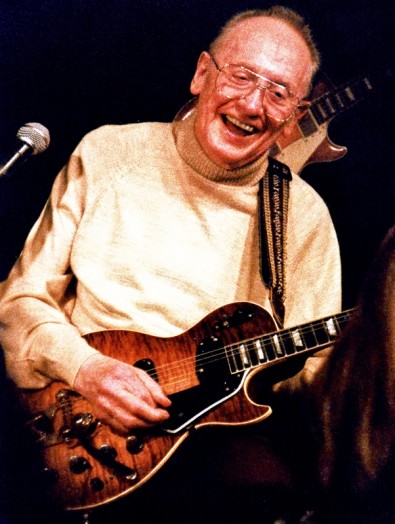 Les Paul with his SM58. Photo by Frank Beacham.

One memory involves Les Paul back when he played weekly gigs at New York City’s Fat Tuesdays nightclub. Les was a personal friend, who I met when I first moved to the city. I invited another personal friend, Michael Pettersen, then director of the applications group at Shure, to meet Les before his show. The two hit it off well, with Les reminding Michael that he was hanging around the Shure factory in Chicago long before he was born.

Les, a legend who had invented multitrack recording and built the first electric guitars, told Michael he was a big fan of Shure’s SM58 and 57 microphones. “Best f...ing microphones in the world,” Les proclaimed enthusiastically, telling Michael he could take a $100 SM57, and with good technique and equalization, make it sound as good as a $6,000 German microphone.

All this carried over into Les’s stage performance later that night, where Les did a mock “test” to demonstrate the capabilities of his battered, war-torn SM58, a mic that Les had obviously put to good use for many, many years. Michael could not help but note the horrific condition of Les’s 58.

As a token of good will, Michael decided it was time Les had an upgrade to this vintage SM58. So off the Shure assembly line that summer came a one-of-a-kind, very limited edition SM58 with the name “Les Paul” engraved on a circular band just under the metal screen. He sent it to Les as a gift.

A few weeks later, Michael visited with Les again, expecting to see the new custom SM58 in his show. Instead, Les was still using the old mic. “I keep the new one at home in a drawer,” Les told us. “I wouldn’t want the new one to get scratched.” Michael just shook his head. 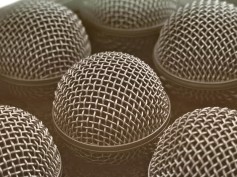 The old saying goes that users can drive nails with Shure’s SM58. No doubt, somewhere that has been tried. The microphone is practically bulletproof and is built to military specs, something that Shure’s founder, S.N. Shure, began doing for all his products when the requirement ended at the closure of World War II.

The origins of the SM58 extend back to a historic breakthrough in microphone technology in the 1930s. It began with the iconic art deco microphone design of Shure’s SM55, which was the first directional microphone using a single element.

A newly graduated engineer, 25-year-old Ben Bauer, developed what is now called Shure’s “uniphase” principle. He found that by utilizing time delay networks on sounds arriving at openings at the back of the mic, he was able to achieve controlled cancellation and produce a cardioid pattern. 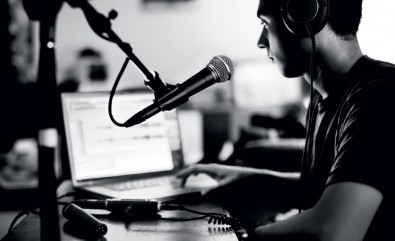 SM58 in the studio

Before that time, directional microphones were complex devices that required a pair of specially aligned capsules. Today, Bauer’s invention is the standard for all microphone companies and the basis for Shure’s SM58 and SM57 mics, which are third generation uniphase models. (The only difference in the two mics is the SM58 uses a more robust wind screen for vocals, while the SM57 is an instrument version without the windscreen. Both use the same capsule and sound the same.)

The SM57 came first, in 1965, followed by the SM58 in 1966. The SM58 added a built-in, spherical filter that minimizes wind and breath pop noise while the cardioid pickup pattern isolates the main sound source and minimizes unwanted background. These mics were originally designed as studio microphones — thus the “SM” designation. Shure engineer Ernie Seeler and his team created the SM58 while trying to solve studio mic durability and design problems. 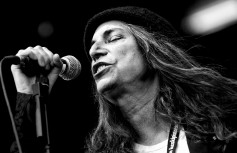 Patti Smith performing with an SM58.

The SM58 is a direct descendent of the Shure 565 microphone, which was the first to feature a Unisphere ball grille. By the time of the Woodstock music festival in 1969, the 565 was entrenched in the live sound community as the microphone of choice. Prior to the handheld 565, singers used microphones on stands. The 565 gave them the freedom to move on stage while holding the microphone.

A distinctive feature of the SM58 is the pneumatic suspension system for the microphone capsule. The capsule, a readily replaceable component, is surrounded by a soft rubber balloon, rather than springs or solid rubber. This offers good isolation from handling noise, making it a popular microphone for stage vocalists. It is a key feature of Shure's high-end microphones intended for hand-held use.

Though the model number has remained the same since 1966, the SM58 microphone itself has evolved over time. Innovations in materials and manufacturing processes have been integrated into SM58s and the mics still go through a ruthless series of tests. Small design changes like shock-absorbing grilles now better protect the cartridge and foam on the top of the resonator cap serves as second stage in pop filtering. Improved adhesive compounds protect the transformer and prevents moisture from entering the handle. 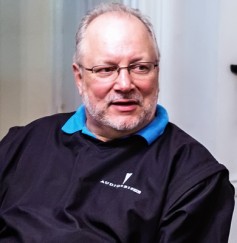 Michael Pettersen, now Shure’s historian, wrote a famous memo to White House sound technicians about why presidents use dynamic microphones, especially the SM57 and 58 models. “The reason is they not only sound good, but they are almost indestructible,” Pettersen said. “They can be up in the belly of a C-17 transport at minus 35 degrees and land in Washington, D.C. in July with 100 degrees on the tarmac and they work.”

Presidents speak in cold, hot, humid and rainy weather. One never knows. Failure of the microphone in any of these situations is unacceptable. In addition, the microphone must endure physical abuse as it is packed and shipped throughout the world. The White House needs a microphone that sounds good and works in all those environments.. 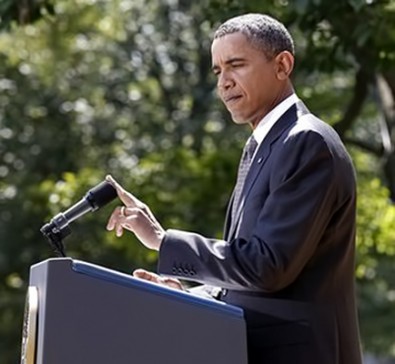 Wireless microphones are also avoided. “The President of the United States can afford whatever he wants,” Pettersen said. “But he uses wired microphones. There’s a reason. They are more reliable.”

Condenser mics are inherently less reliable because they have many more individual components than dynamics. Every condenser mic has an associated preamplifier which is made up of individual electronic components, all of which have their own rate of failure. Any one of these can cause a condenser mic to fail. The more parts, the more failure possibilities.

Also humidity and high temperatures are two conditions that can cause unwanted noise (hissing, popping, crackling); or change the actual sound of the microphone (frequency response shifts, changes in transient response); or even complete failure. Any of these are likely with humidity levels of 95 percent and temperatures around 100 degrees Fahrenheit.

It is also well documented that the performance characteristics of condenser mics can often change substantially over time. This will make it imperative that critical users want mics together that are about the same age. New ones could sound much brighter than older ones. Dynamic mics are very stable as they age and tend to sound the same until they are retired.

The reasons that presidents use dynamic microphones also extend to broadcasters, sports, traveling musicians and other environments were heavy, day-to-day use creates a punishing environment for electronics. SM58 and 57 mics just work and have for 50 years.

For the 50th anniversary, Shure is having charitable auctions of specially-designed SM58 artist editions and is creating a comprehensive, multi-lingual website packed with historical information, artist photos, videos and fan stories on the microphone. There will also be special edition T-shirts and other promotional gear.

The SM58-50A Limited Edition microphone has all the same characteristics and technical specs of the stock SM58, but features a silver finish and printed designation of the 50th Anniversary on the handle. It ships with a commemorative certificate, photo print, historical user guide and a 50th anniversary sticker.