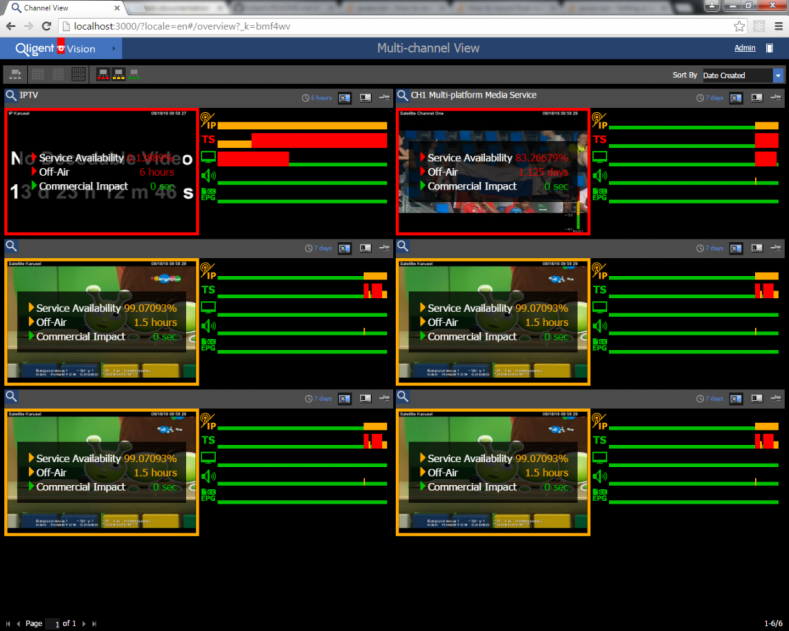 The new automated Impact Analysis toolset streamlines the previous process of manually collecting data from various Vision probes, used to capture signal performance data in the field. Data related to broadcast outages and QoE issues such as black, silence, and macroblocking is now automatically aggregated into the Channel View window on Vision’s main dashboard, with supporting metrics and analytics that detail the extent of the problem.

For example, monitoring staff—whether handled in-house or outsourced via Qligent’s Oversight MaaS (monitoring-as-a-service)—can now immediately determine how much time a program was interrupted by quality issues or completely off the air. Users can also determine how critical the performance issues were, helping to signal which internal departments must be notified; and, most importantly, whether advertisers were affected in the process.

“Advertising remains a significant revenue generator in both over-the-air, satellite and cable television,” said Ted Korte, COO, Qligent. “However, while the automation system will log that an ad left the studio, it won’t document any quality issues with the broadcast. Vision’s new Impact Analysis software will immediately provide intelligence into any problems associated with the airing of an ad, allowing the monitoring staff to quickly report problems to master control and traffic for reconciliation with advertisers.”

Korte notes that the greater emphasis on automated impact analysis addresses “the trend of management by exception.” With broadcasters and MVPDs delivering more content over more platforms than ever, the challenge to effectively monitor and analyze using legacy systems continues to deepen. Qligent’s Impact Analysis software gives the monitoring team a better understanding of how to prioritize various performance issues, with tools that range from video clip exporting to clocks acting as off-air counters.

“There is simply too much content to keep an eye on, and providing a clear view into distribution and delivery impacts will help users immediately differentiate an RF engineering problem from a true off-air episode,” said Korte. “And if the broadcast signal truly was affected, users can quickly identify what program at what time, and the demographics associated with the airing. Vision will now very quickly tell the user how much on-air time was lost, with a breakdown between program and advertising content. We’re eliminating the headaches of chasing problems, interrupting multiple internal departments, and returning more hours of the day back to the broadcaster.”

Qligent will demonstrate its new automated Impact Analysis software at its IBC2016 exhibit at Stand 8.E47.