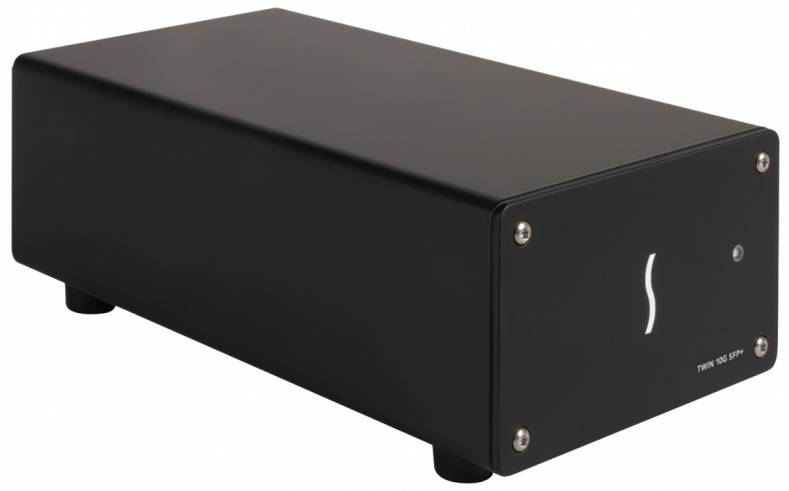 Sonnet Technologies has announced the Twin 10G SFP+ Thunderbolt 2 to Dual-Port SFP+ 10 Gigabit Ethernet (10GbE) adapter, a cost-effective solution for adding 10GbE network connectivity to any Macintosh computer with Thunderbolt 2 or Thunderbolt ports, or any Windows PC with a Thunderbolt 2 port.

Sonnet said the 20Gbps Thunderbolt 2 technology makes it easy for users to connect their computers to high-speed network infrastructure and storage systems using the 10GbE standard, which offers up to ten times the performance of Gigabit Ethernet, the common wired network connection included with many computers today.

Its performance, compact size, simple setup and quiet operation make this Sonnet adapter suitable for use in a variety of workflows and environments.

The Twin 10G SFP+ 10GbE adapter is equipped with two SFP+ sockets, allowing users to select either short-range (up to 300 meters) or long-range (up to 10 kilometers) SFP+ transceivers (sold separately). Computers can also be connected to a switch or other 10GbE interface via LC fiber optic cables (sold separately) at long distances.

Users have the option of connecting cost-effective Twinax direct-attach copper cables for connections up to 10 meters (sold separately). The Twin 10G SFP+ includes two Thunderbolt 2 ports and connects to the computer through an included Thunderbolt cable. The second Thunderbolt port supports daisy-chaining up to six devices to the host computer. 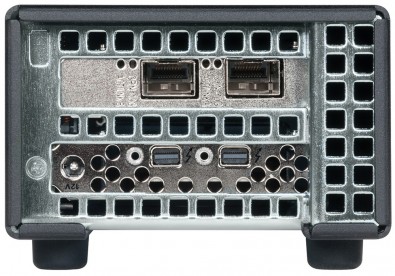 "With the high bandwidth and cost effectiveness of 10GbE networking, modern video production and graphics facilities and many other businesses are increasingly adopting this fast standard for wired networking to support specialized applications, such as HD video editing using high-performance shared storage systems. Few computers offer a 10GbE interface, but all modern Macs and many Windows computers offer a high-performance Thunderbolt 2 interface," said Robert Farnsworth, CEO of Sonnet Technologies.

The Twin 10G SFP+ offers several advanced features including link aggregation (teaming) of its two 10GbE ports, which increases throughput beyond that of a single connection, and transparent failover between 10GbE ports, which keeps the computer connected in case a single cable is disconnected or one of the ports fails. For ease of use, the Sonnet adapter is configured through the OS X Network control panel or Windows Device Manager.