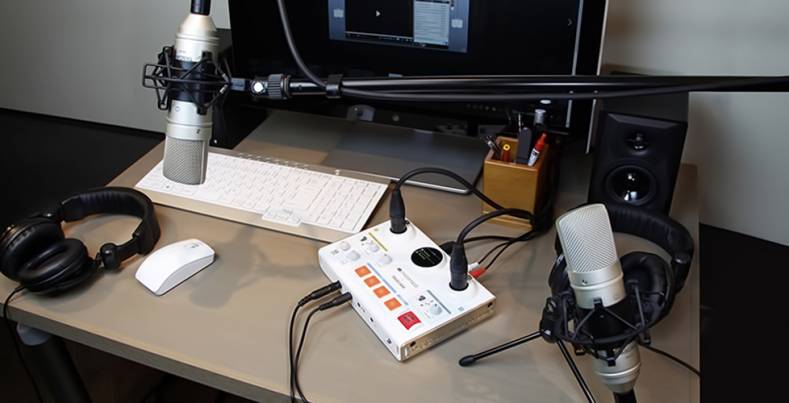 Tascam has introduced its MiniStudio-series, a pair of all-in-one mini consoles for recording 24-bit, 96 KHz audio programming with special effects onto Macintosh and PC personal computers.

Tascam said the MiniStudio consoles are designed for internet broadcasting and are designated into two models, the US-32 Personal and the more advanced US-42 Creator.

Both models provide the same recording quality and connect to PC via USB 2.0 and are bus powered. They can also be connected to iOS devices using an Apple Camera Kit (not included).

The Tascam MiniStudios are distinguished from other products by special effects capability. The devices enable users to add sound effects on-the-fly due to three self-lighting PON pads that trigger audio files from the Mac or PC. Three sounds are included, but can be replaced with a .wav or .mp3 file of the users choosing.

An illuminated “On Air” button confirms that audio is being recorded or broadcast. It busses audio to and from the computer by way of the MiniStudio’s Broadcast mode. This ensures that users are hearing everything the audience hears. 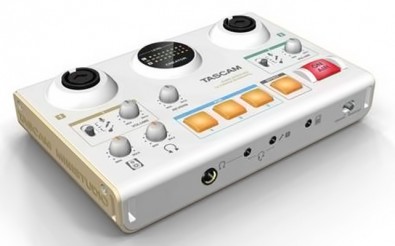 Both models include software for Mac, Windows and iOS that provides extensive control of the MiniStudio’s features in one of two modes. In “Easy” mode, the user has software control of most-used EQ, compression and effects presets, while “Expert” mode allows users to access a four-band parametric EQ, compressor and reverb parameters, as well as advanced parameters for triggered sounds.

"We used the MiniStudio for over 50 live podcasts direct from the show floor at a recent trade show, and the results were just amazing," said Johnny Mota, podcaster and reporter for rAVe Publications' AV Insider. "In a busy, high-traffic setting like that, it's critical to have tools that are not just dependable, but easy to use and really intuitive. With the MiniStudio as the hub of our system, we were able to focus our energies on creating a great show, not on engineering."

The MiniStudio Personal US-32 features a built-in microphone and a combo XLR mic/balanced ¼-inch TRS line input with high-quality mic preamp and 48 volt phantom power. A 1/8-inch input can connect to a smartphone, tablet or other consumer audio device so users can fly in prerecorded music and dialog. Separate headphone and headset/mic connections are also available.

The Creator US-42 model extends the features by adding a set of tools for producing. Instead of the built-in mic, the Creator adds a second XLR/TRS mic input so users can mic two people with the unit’s professional-quality HDDA microphone preamps. In addition to headphone outputs, the Creator offers stereo RCA line-level outputs with separate level controls for connection to powered monitors.

In addition to supporting the Broadcast mode of the Personal US-32, the US-42 can be switched into the Creator mode. In this mode, the Creator behaves like most USB audio interfaces. This mode is recommended for production with a DAW or video editing software. The loopback feature is turned off, and the mic inputs are routed separately to the computer.