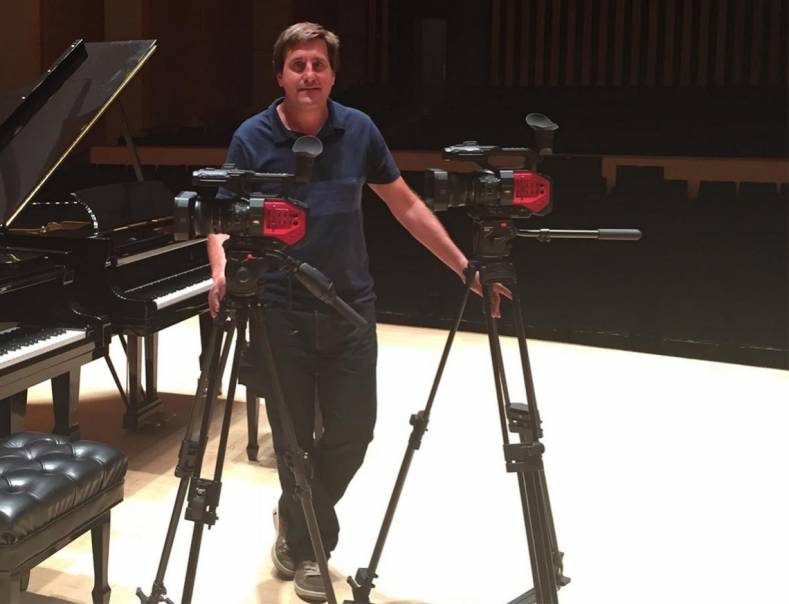 Colorado-based prduction company, FuseMedia, has an impressive portfolio of statewide clients, including the world-renowned Aspen Music Festival and Aspen Institute.

FuseMedia has now moved into 4K production with its purchase of Panasonic’s AG-DVX200 4K large-sensor camcorder. Production Director Chris Macdonald, FuseMedia has been committed to creating "engaging, brand-specific, and emotionally packed" HD video as a marketing tool for business across the Rocky Mountain West, and the purchase will allows the company to now shoot 4K.

Macdonald had previously worked with both an HDV camcorder and DSLR. “I needed to upgrade, and essentially was looking for a DSLR look built into a camcorder. Enter the DVX200.” Macdonald continued, “Beyond the camcorder’s shallow depth of field and pleasing ergonomics, I liked the efficiency of the integrated Leica lens, which as I work largely independently saves me considerable time. The combination of the fixed lens, SD media and battery life hit a real sweet spot for me.”

Macdonald said that he plans to use the DVX200 on a documentary with a working title of “Colorado Art Beat,” which will profile ten of the most talented artists working in the state, and also to produce a second documentary about the reintroduction of wolves in Colorado.

The videographer predominantly shoots in 4K, but typically covers performances and lectures in 1080p; he edits in Final Cut Pro X.

“The DVX200’s image production can be cinematic, but the camera likewise excels at covering performances and seminars—it’s the best of both worlds.”