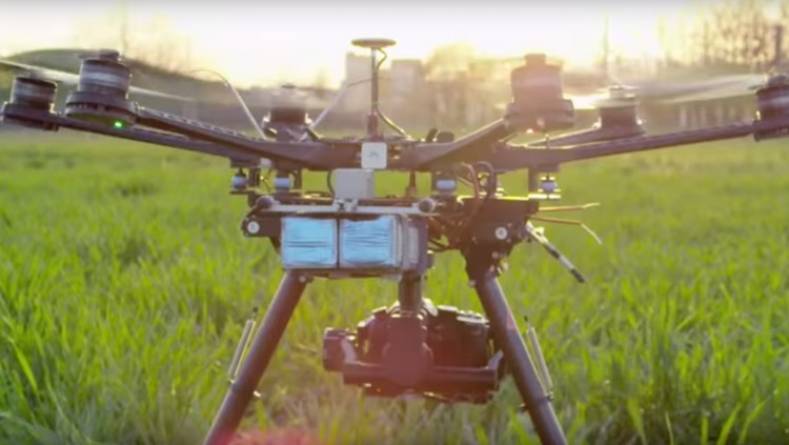 Drones have the potential to deliver services including video at low latency.

Swedish telecoms equipment and services giant Ericsson has highlighted its commitment to drones for delivering mobile services in remote areas by conducting field trials with China Mobile. This could be seen as a response to rivals such as Finland’s Nokia, which is experimenting with drones for remote coverage, possibly as part of a recently announced deal also with China Telecom to cover 19 of the country’s provinces with 4G/LTE services.

Unlike the Nokia deal, Ericsson’s collaboration with China Telecom involves the forthcoming 5G mobile technology. This has yet to be standardized but Ericsson argues it is well placed nonetheless to participate in early trials because of its prominent role in the development of 5G and the extensive work already done in its own labs.

Ericsson was initially ambivalent over drones on the basis that it was better to invest in common terrestrial based infrastructure to ensure compatibility and achieve economies of scale. But Ericsson now appears to have come on board because of the potential for extending high capacity coverage for premium services including HD and even Ultra HD video to remote areas where it would be uneconomic to deploy cell towers. Being stationed above ground, drones can be deployed much more quickly and cover larger areas, being less susceptible to signal attenuation over ground, with greater line of sight range, especially in hilly areas.

The greater range and lower signal attenuation made possible by aerial deployments allows use of higher frequencies for greater bit rates, as Google is doing with its Project Skybender to transmit data using 5G. Google claims the use of millimeter wavelength technology at high frequencies around 28 GHz makes it possible to deliver data at up to 40 times the rate of current 4G/LTE services, with potential to provide multi-channel video widely in Africa and Latin America as well as remote areas of developed countries.

Higher frequencies enable faster data rates but at the cost of reduced range and greater susceptibility to signal loss as well as interference. Interference is less of an issue in remote areas and drones in the air can achieve acceptable range. A point to note here is that 5G will bring a looser collation of radio access technologies than 4G/LTE, which will allow a wider range of frequencies, including millimeter wavelengths.

Of course weight and size are issues for drones and so equipment makers have been working on developing smaller and lighter versions of radio base stations for airborne deployment. Nokia has been testing mini Pico cell mobile base stations weighing just 2 Kg carried by quadcopter drones to extend coverage in Scotland, UK, beyond traditional ground based cells, providing in effect a separate level in the distribution hierarchy serving sparsely populated areas in the country’s Highlands.

Such coverage will enable mobile service providers to meet the ambitious targets set by 5G, which will be enabled both by greater spectral efficiency and also denser cells. According to Ericsson, 5G should support data rates exceeding 10 Gbps in specific scenarios such as indoor and dense outdoor environments, while several hundred Mbps should generally be achievable in urban and suburban environments. Then most relevant for remote drone deployments, data rates of at least 10 Mbps should be accessible almost everywhere, including sparsely populated rural areas in both developed and developing countries. This level is deemed the minimum requirement for acceptable video services as it should enable UHDTV to be delivered at least to smaller screens.

Equally important though for live and especially interactive video is that latency be kept down. 5G is aiming at 1 ms or less end to end latency, driven by the requirement to support M2M (Machine To Machine) use cases such as traffic safety and control of critical infrastructure, as well as industry processes, which cannot be supported by current mobile networks. Such low latencies would be more than good enough for most video services, given that 8 second total delay is considered a realistic target for live broadcast over the Internet, including encoding and transcoding.