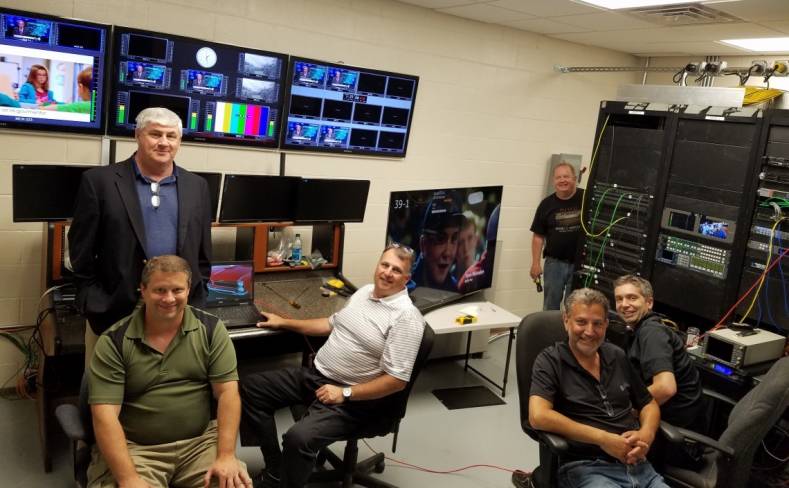 A new experimental TV station has one viewer. Only a handful of TV sets in the world today, including three in the U.S. can receive ATSC 3.0 broadcasts. Television station WRAL is broadcasting a new ATSC 3.0 channel has one of the rare prototype sets that can receive and display the new format and represent the channel’s only viewer—an audience of one.

As you read this, WRAL is broadcasting ATSC 3.0 on an experimental STA license from the FCC. “The only silicone that can receive the signal is in a handful of LG sets,” according to Capitol Broadcasting Company’s WRAL Director of Engineering and Operations Peter A. Sockett. “We hear that there are maybe 10 TV sets, 3 in the U.S. at this point and LG has graciously lent WRAL one of them.”

Sockett describes the project as “a leap from paper to the real world. Stubbing our toes, getting out there early allows us to learn it first. We embrace technology, it's who we are. What a fun place to work!"

“Right now,” says Sockett, “is about making it work. The LG receiver silicon is an older version of the physical layer.” ATSC 3.0 is an evolving candidate standard that prototype receiver silicon slightly lags. “All of the gear from the different manufacturers is working,” Sockett said. “but yes, it does feel like a science fair project.”

The ATSC 3.0 experimental broadcast is the only full time simulcast, real-world test facility in the U.S. “The whole reason behind it is not high-level lab tests,” Sockett said. “It’s figuring out the real world characteristics of this new format.” Much of the build out relied vendors to effectively move their laboratory test benches to the station. What is taking place at WRAL is not only historic, but scientifically necessary to verify real-world success. 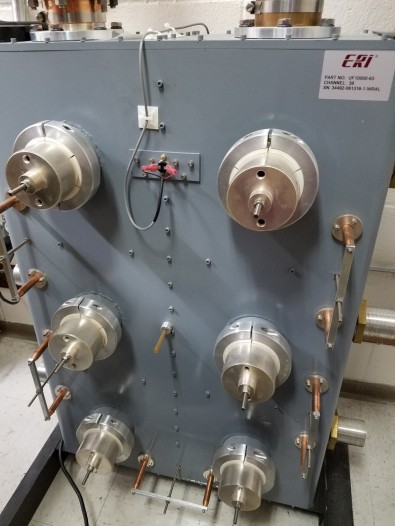 The antenna feed line is the same transmission line WRAL installed 20 years ago for its ATSC 1.0 experimental broadcasts. Since it was originally installed, station engineers kept the transmission line dry and clean, and it was ready to be used again.

The line is connected to a new ERI panel antenna through the tunable ERI mask filter. The antenna radiates 40 KW ERP horizontal and 30 KW ERP vertical creating an elliptical and directional pattern towards the city while protecting other channels in the market. The antenna’s center of radiation is at 530 meters AGL (1738 feet).

“The station, needs a demod small enough to put in the RF truck that gives statistics,” Sockett said. “The RF is behaving as you would expect on a spectrum analyzer, but it’s impractical to drive around in a truck with a 65” TV and impossible to get more than yes or no statistics with it.”

Sockett explained, “The experimental station had two encoders at the launch, allowing us to do both HD and UHD on day one. The first program stream consisted of an upconverted WRAL 1080i simulcast to 1080p on channel 39.1. The second channel, 39.2, is a 4K production, shot, produced and broadcast in 4K HDR.” The station is presently looping the 4K HDR PCAP file for continuous 4K broadcasting on 39.2.

The station is preparing to bump the looped file to get the Rio Olympics on the channel in 4K. How will that work? Sockett says his satellite receiver outputs a high-bandwidth HEVC transport stream that he plans to convert to 4K and re-encode. “It’s an intermediate step, that given more time we could avoid the re-encode, but for now it works. It’s just another part of the science fair,” he said. 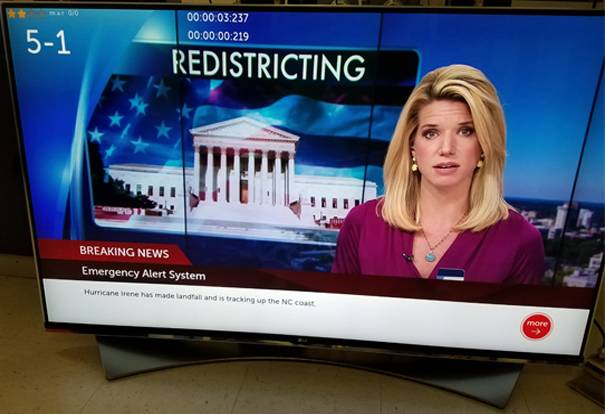 A live EAS test as seen on ATSC 3.0 TV. The red “more” button on lower right invites a click for rich media details.

Another step in experimental TV broadcasting is emergency alerting. WRAL was big in Mobile EAS implementation (M-EAS), which is IP based and introduced with MobileDTV in 2012.

The LG receiver successfully clicked though to the rich media. The station will also be experimenting with the wake-up bits in the future.

“Picture quality is first and foremost right now, but the benefits of an IP-based broadcast format will enable new applications that we haven’t even imagined yet. The ATSC has enabled the creative people of the world to develop new run-time environment packages. We built the sandbox, now other people can come play in it," Sockett said.