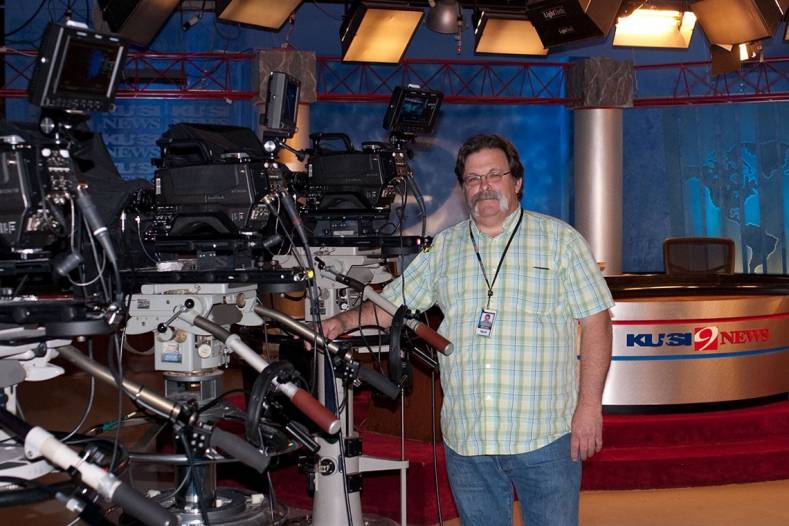 KUSI is owned by McKinnon Broadcasting and produces 60 hours of newscasts each week, delivering the most local news of any station in its market. When the first-generation HD cameras used in its news studio became time-consuming and costly to maintain, the Chief Engineer at KUSI-TV, Fred Swift, sought replacements that would also improve the visual quality of their news productions. While the price-performance value and comprehensive feature set of the Hitachi Kokusai Z-HD6000 cameras were key considerations in the station’s choice, the picture quality produced by the cameras won them over. The Z-HD6000 feature 2/3”, 2.6 megapixel MOS sensors.

“Our newscasts connect us with our audience, and I wanted the high caliber of our content to be matched by a higher image quality than our previous cameras could achieve,” said Swift. “The Hitachi Z-HD6000 cameras have met and even exceeded our quality goals. The overall picture quality is far better than our previous cameras, while the Z-HD6000’s flexible, user-friendly image enhancement tools let us achieve exactly the look we want. It’s incredible how good the Z-HD6000 makes our talent look.”

Beyond the quality improvements, the Z-HD6000 cameras enabled KUSI to overcome operational challenges the station had faced with their older equipment, including cumbersome multi-core camera, teleprompter power and intercom cabling that interfered with their desire to move the cameras frequently during newscasts. The new Z-HD6000’s are connected by SMPTE fiber to Hitachi Kokusai CU-HD500 camera control units with RU-1200JY remote controls. KUSI’s telepromptersand talent monitorsrun off the extra power provided by the camera control units (CCUs), while the camera’s built-in communication channels integrate seamlessly with the station’s intercom system.

The Z-HD6000s also enabled KUSI to switch to through-the-lens teleprompting, preferred by the station’s on-air talent, rather than teleprompters mounted above the lenses as had been necessitated by limitations of their old cameras. “I had originally been concerned about potential lighting issues with through-the-lens teleprompting, but with the Z-HD6000s that isn’t a problem. The sensitivity of the cameras is absolutely incredible.