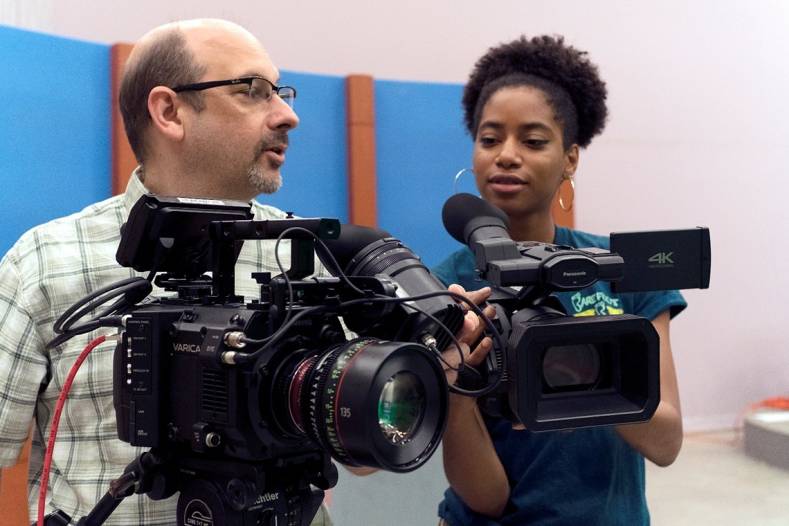 University of North Texas’ College of Arts and Sciences has purchased thirty Panasonic AG-DVX200 camcorders for their Department of Media Arts. The 4K large-sensor cameras that will be used in classes including narrative, news, documentary and entertainment acquisition tech-niques, as well as for news production at the university’s cable television station. The Department also bought a VariCam LT 4K cinema camcorder for advanced narrative film classes.

Established in 1890, University of North Texas (Denton, TX) is one of the nation's largest public universities, with 37,000 students. The Department of Media Arts currently has an enrollment of 1200 full-time undergraduate media arts students and 50 graduate students. ntTV, one of the top student-run cable television stations in the U.S., cablecasts in Denton County on Charter Communications channel 22 and Verizon FiOS channel 46, and has won Lone Star Emmy Awards every year since 2005.

The Panasonic DVX200s are already being used for a summer class in Film Styles, in which 20 students will each produce five short films shot in 4K.

Eugene Martin, Chair of the Department of Media Arts, explained that the department has been using Panasonic camcorders since 2009, when AG-HVX200 P2 handhelds and AG-HPX500 P2 shoulder-mounts were implemented for intermediate, advanced, and graduate Master of Fine Arts students.

“We have been steadfast fans of the cameras’ reliability and workflow,” Martin said. “Over time, the department’s advanced students transitioned from film to large sensor digital cinema cameras, and now to the VariCam LT. With the deployment of a new 196T server across 75 workstations, we can now work on 4K across all of our production classes. The timing was right for us to migrate to the new DVX200 and the Varicam LT.”

Martin cited the DVX200’s Leica Dicomar 4K zoom lens, professional XLR audio inputs, ease of use, ability to operate handheld or on a tripod, and affordability as compelling features. “But the larger import of the DVX200, as an ideal storytelling tool, is that it can advance us as a department,” he said. “We are already designing curricula to work with the camera, such as a new class in multi-cam production.”

Martin said that students will be able to easily transition from the DVX200 to the VariCam LT. Participants in next year’s two-semester advanced cinema class will be using the VariCam LT to shoot eight narrative shorts.

He envisions most student production being in 4K, while work for ntTV will continue in HD for the time being. Editing is performed in both Adobe Creative Suite and Avid Media Composer. The department has recently installed a ProMax scalable 4K workflow/storage server.