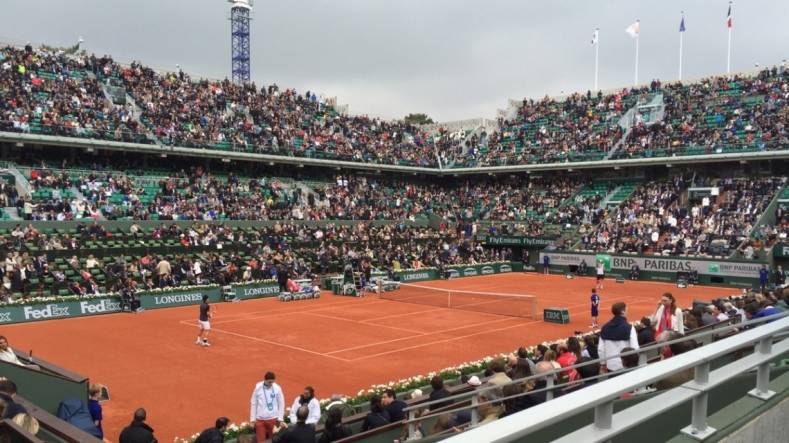 Roland Garros in Paris was the site of the recent French Open tennis matches.

The French Open is one of the four Grand Slam championships on the tennis circuit and the last to be played on clay before the top players switch to grass for Wimbledon. The annual tournament at Roland Garros in Paris is a major televised sports event and relies heavily on the use of wireless technology. This year was no exception with specialist company RF Transmission providing a range of Wisycom equipment for coverage.

RF Transmission was brought in to supply wireless systems for a variety of broadcast jobs during the French Open. These included a radio mic for a roving reporter, a new matrix system to select one of six designated zones and providing additional capability for both wireless microphones and in-ear monitors (IEMs) round Centre Court.

The company selected Wisycom for its part in the 15-day competition, using MRK960 wireless mic receivers, MTH400 handheld transmitters, MTK952 dual transmission systems, MPR50-IEM receivers, MAT288 diversity matrix combiners, MFL-TTRR and MFL-RRTT optical links and LNNA and LNN1 wideband antennas. RF Transmission's chief executive, Bernard Scyeur, commented that this set-up allowed the technicians to use fewer antennas because of the receiver sensitivity of the MAT288 and the 100mW output of the MTH400.

"The equipment had to be working fault-free from the first to the last day," Scyeur explained. "We had a two-hour maintenance constraint, so the overall reliability of the system had to be at the highest level possible." He added that the wireless gear had to be resilient to work outdoors and cope with bad weather.

Interviews with players on the various courts are a big part of TV tennis coverage of Roland Garros, so the wandering journalist needed a full RF package to get round the 400, 000 square foot site. For this a MRK960 and MTH400 were used, together with MTK952s and MPR50-IEM to provide interruptible foldback. The MAT288 diversity matrix combiner, introduced last year, enabled sources to be switched between six designated zones where the reporter was working. Extra coverage on top of Centre Court was provided by the MTK952 and MPR50-IEMs. The Wisycom systems also worked with other equipment on a wireless over fibre basis.