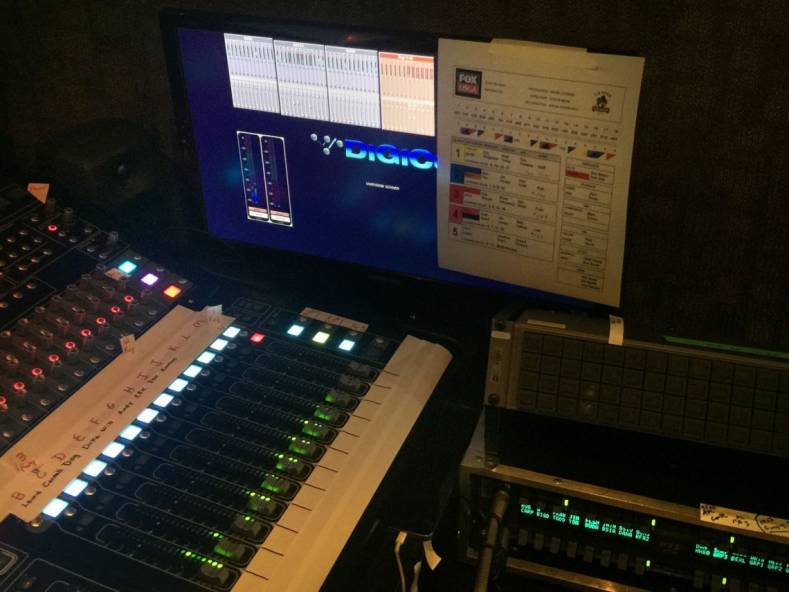 The DiGiCo SD10B console provided the processing power required by Fox Sports in a small form factor in order to save space.

Remote production and services companies are getting more creative in how they implement equipment and systems to fit their clients unique needs. This could mean outfitting a full studio control room or reducing the necessary live production gear into a flypack that can be easily transported and set up in space-confined environments

Such was the case with NY-based CP Communications, which supported Fox Sports during its coverage of the June 2016 US Open Championship Golf tournament. CP technicians took four DiGiCo SD10B audio consoles from its fleet of remote production trucks and then reconfigured them as on-site record-edit flypack suites.

For this year’s US Open, the consoles were simply transferred and used as the central hubs for record-edit flypack suites. 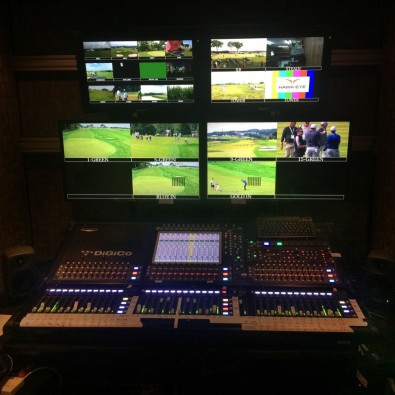 The DiGiCo SD10 audio console features three banks of 12 motorized faders and one master fader, each of which benefits from its own high resolution LED bar graph meter.

“The SD10’s ability to deliver as much processing power and sonic excellence as it does in such a small form factor is what lets us do this,” says CP Communications Senior Vice President Kurt Heitmann. “Then there’s the connectivity of the SD10, which through Hydra lets it communicate directly to the Calrec consoles also used in the broadcast. We’ve done this kind of flypack adaptation of the DiGiCo consoles over a dozen times now, as well as for use as routing desks and for submixing effects. They will also be used as submixers for studio sets.”

According to Heitmann, the SD10B consoles are connected to the rest of the broadcast infrastructure and each other through MADI, which is also FOX Sports’ choice of connectivity format for remote-production broadcast operation. The DiGiCo consoles supports MADI natively, as do the consoles’ D-Rack I/O racks and 32x16 D-Rack stage interfaces.

“The SD10 just gets easier and easier to use, in all sorts of situations,” he said, adding that CP will have two flypack suites at both the Women’s Open from July 7-10 in St. Martin, California and the Senior Open at the Scioto Country Club in Columbus, Ohio from August 11-14.