Crews onboard TNDV’s new Exclamation can monitor up to 24 multiviewer outputs in production control.

Nashville, Tenn.-based mobile production company TNDV has expanded its fleet of vehicles to include a new 53-foot, double-expando truck capable of handling multi-camera 4K productions at 24 fps. The truck is named “Exclamation.”

The move is a bit of a departure for TNDV Owner and President Nic Dugger, who successfully built his company on the strategy of offering smaller, 40-foot trucks that are less costly to rent and allow smaller clients, like colleges and B-level sporting events, to produce broadcast-level telecasts.

“We have had 13 very powerful and successful years as the elite “small truck” company,” said Dugger, whose team designed and installed all of the equipment and systems on board. “But until now, we’ve had to turn away projects that exceeded the capacity offered by our existing fleet. We can now accommodate seating for 15 crew members in production control alone, and 30 throughout the truck.”

Its largest truck to date, Exclamation hit the road in late May and becomes TNDV’s eighth mobile production truck and its first to offer clients native quad-link 1080p broadcast and production capability across its 4K production capable infrastructure and workflow. 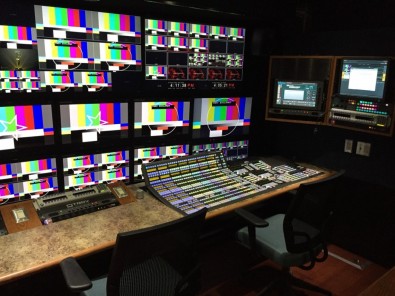 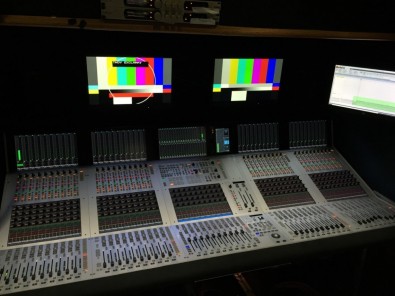 The new truck has already provided support for one of the largest annual corporate events in the country and by the end of June, it will have serviced a Baptist convention in St. Louis, a two-week live music event at the Music City Center in Nashville, and a special broadcast event at the Dolby Theater in Los Angeles.

Exclamation is the first to offer full 1080p broadcast and production support with 24 fps (frames per second) capability. It is also the first TNDV truck to integrate a Grass Valley Kayane video production switcher, which Dugger and his team identified as critical to servicing clients with higher end production needs.

The truck’s infrastructure can support up to 20 cameras, and clients electing to use 4K cameras can plug into Exclamation’s 4K backbone with their camera of choice. Typically, the truck will travel with Hitachi SK-HD1300 (1080p) cameras, with fiber transceivers on back, for use on all live and recorded HD shoots. 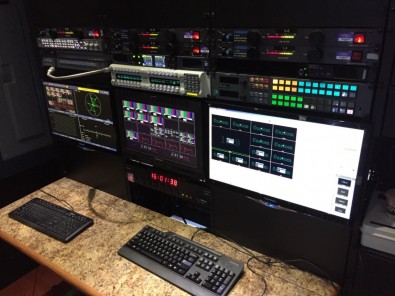 Exclamation also includes a separate Pesa audio router that supports 128x128 analog I/O and 128x128 digital I/O, and up to four MADI streams. The separate audio router was integrated into the original design to specifically support the Studer Vista X, which can control 800 or more DSP channels and over 5,000 inputs and outputs.

As for the truck’s name, Duger said that the monitor wall in the truck’s production space “wows clients” when they first board the truck.

“Hence, the name Exclamation,” he said.