The DS Broadcast BGE9000 4K Ultra HD Encoder is targeted for use in broadcast applications such as terrestrial, cable, satellite, and IPTV.

Now that Korea has adopted the MPEG-H Audio standard for its nationwide advanced (“immersive”) audio broadcasts, several encoder manufacturers have begun to adopt specific software algorithms associated with the technology from Fraunhofer IIS, based in Germany. Korean encoder manufacturers DS Broadcast and Kai Media have both announced they have begun to implement MPEG-H Audio into their respective encoder products for live and on-demand content.

DS Broadcast is using Fraunhofer technology inside its BGE9000 4K Ultra HD encoder, offering broadcast customers interactive audio features (consumers will have the ability to adjust the sound mix to their preferences, for example choosing between different commentators in a sporting event) as well as immersive sound (comparable, Fraunhofer said, to moving from stereo to surround sound, MPEG-H adds 3D audio components to deliver a truly immersive experience.)

“Broadcast professionals have come to expect the highest level of quality from our encoder products,” said Harry Chang, CTO, from DS Broadcast, Inc. “We are pleased to announce the integration of MPEG-H Audio in the BGE9000 4K Ultra HD Encoder. Our encoder is one of the first in the Korean marketplace to adopt the MPEG-H Audio software that will provide immersive and interactive sound to consumers.”

The BGE9000 4K Ultra HD Encoder is targeted for use in broadcast applications such as terrestrial, cable, satellite, and IPTV. The manufacturer adopted the MPEG-H Audio encoder software for its professional broadcast encoder, enhancing the truly immersive 4K UHD images, frame rate and quality provided by the BGE9000 encoder with immersive and interactive sound.

“As a developer of a variety of functional solutions for broadcasters that utilize international video and audio standard techniques, the added benefits and features of MPEG-H Audio will be an industry game changer,” said said Jin Suk Kwak, Director from Kai Media. “We are pleased to announce our early adoption of the MPEG-H Audio software for our 4K UHD live encoder, which offers professional broadcast customers features such as interactive audio and immersive sound.”

MPEG-H Audio allows broadcasters and streaming services to deliver the future of streaming and TV audio at comparably low bit rates and in a cost-effective manner. MPEG-H Audio is under consideration for next-generation UHDTV broadcast standards and for the ATSC3.0 audio standard. 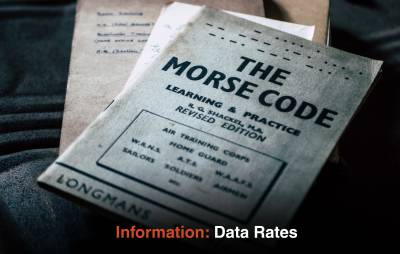