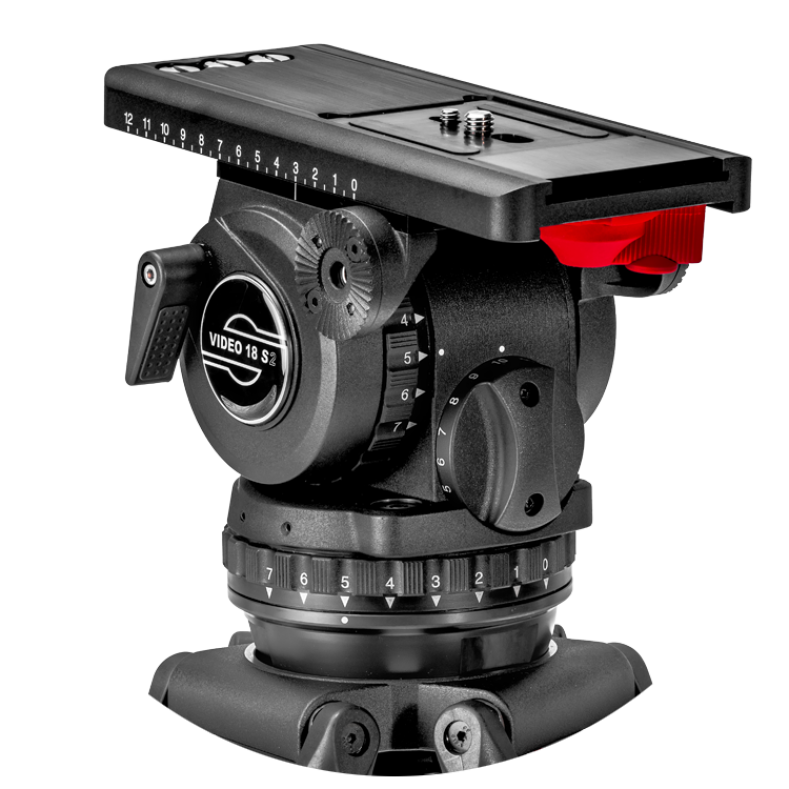 Sachtler said the weight range of the S2 model has increased, and can now accept payloads ranging from a DSLR rig at four pounds to a full digital cinema setup weighing 44 pounds.

Some familiar features brought over from the previous design include the 16-step counterbalance with a boost switch, seven-step fluid drag for both pan and tilt axes, Touch & Go 16 quick-release-system compatibility, sliding balance platform, 100mm bowl mount, and illuminated bubble level.

The Video 18 S2 will be available for purchase soon, both by itself or with a compatible set of tripod legs. Price is $4,950. 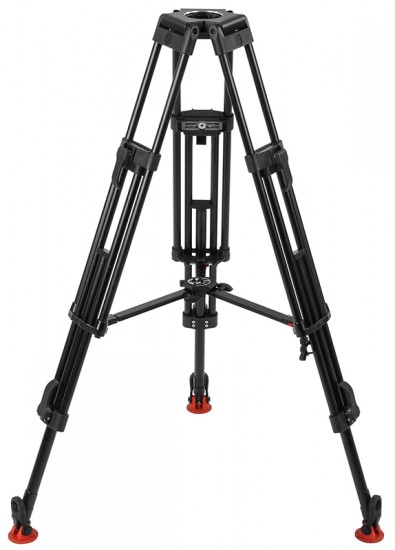 Also at NAB was Sachtler’s ENG 75/2 D HD tripod, which supports a wide payload range up to 77.2 pounds. The 75 mm bowl tripod provides the ease of use and quick set up vital for all ENG applications.

The new aluminum tripod weighs 6.8 pounds. It comes in optional ground and mid spreader versions and incorporates features such as controls and the high torsional stiffness required to deliver professional performance for broadcasters.

The tripod is the ideal companion for Sachtler’s range of FSB fluid heads, notably the FSB 6 and FSB 8, which are designed for all users of DSLR and HDV camcorders. 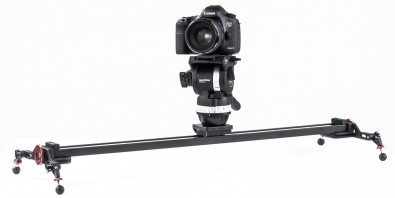 Sachtler showed its redeveloped Ace L fluid head, which is now compatible with all types of sliders. The Ace L 75 mm tripod head can now be converted to a flat base, through the removal of a bottom screw. It can be mounted on a range of sliders.

All Ace L heads from 2014 onwards will have this feature included. Older heads can be re-worked with a service kit available through the service department.

Also at NAB, Sachtler introduced the SpeedLevel Clamp for situations where there is a need to frequently level the head when changing location.

The new bowl clamp is an accessory for Sachtler’s range of 100 mm heads. The clamp incorporates SpeedLevel technology making levelling the head faster and more convenient.