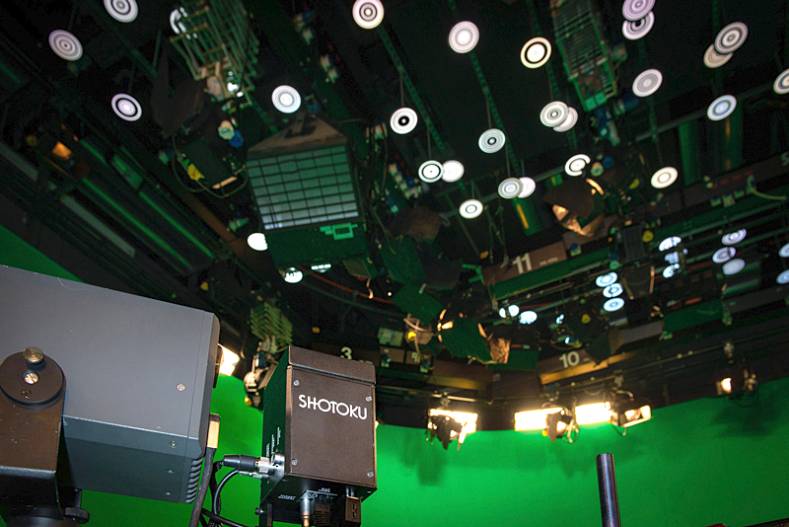 At the 2016 NAB, Shotoku Broadcast Systems, a specialist in manual and robotic camera support, will show its Free-d2, a new generation of tracking system that does not require physical encoder devices attached to the camera support’s moving axes.

Shotoku said the Free-d2 system, which is designed for VR/AR news, sports and current affairs live studio productions, uses advanced video processing algorithms and ceiling markers to determine the position and orientation of the studio camera.

No concept of a home or reference point exists for Free-d2 — wherever the camera is positioned is immediately known. The tracking data never drifts regardless of the number of moves or hours of operation.

The system’s small Free-d2 camera is attached to the broadcast camera in such a way that it does not interfere with normal operations, and constantly views the lighting grid area where markers are positioned. Being attached directly means that any type of camera support can be used, including Steadicam or handhelds.

The low-cost markers are made of reflective material and can be placed anywhere within the studio lighting grid or ceiling area. Once an initial studio map is created, the system will typically never require calibration again.

In use, the Free-d2 camera only needs to see a small number of markers to calculate the position of the camera, so obstructions such as lights or any other ceiling equipment fittings are no hindrance to operation.