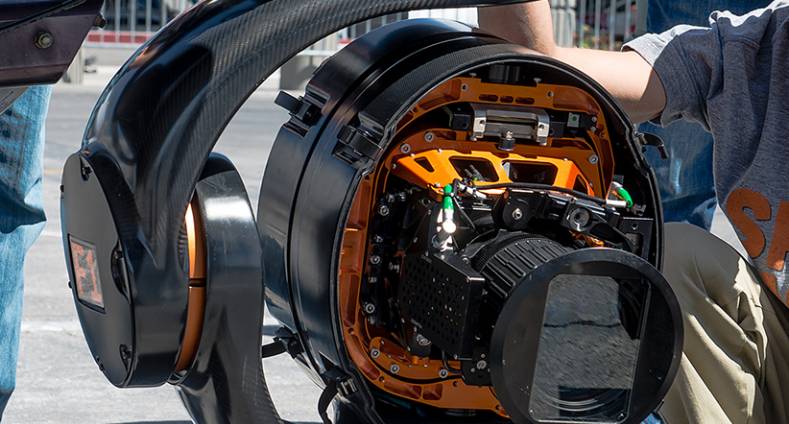 Shotover, a maker of camera stabilization platforms, will unveil a variant of its F1 gyro-stabilized camera platform at 2016 NAB called the Shotover F1 Live that supports the customer’s broadcast camera and lens system of choice.

Shotover F1 Live supports all major broadcast and surveillance cameras, including both 4K and 2K models, and features multi-user support, enabling different operators to save their preferences in the system and access them with a simple toggle.

The system can be painted to match a broadcaster's color scheme and comes equipped with the Shotover Rain Spinner, the industry's top tool for keeping the lens clear when shooting in wet conditions.

"The F1 Live takes the best of the original F1 and streamlines it into a package for users who don't need to be able to switch between dozens of different camera and lens combinations," said Brad Hurndell, the company’s CEO.

In conjunction with NAB, Shotover is also releasing a new video from acclaimed aerial cinematographer Ty Evans shot using the company's U1 drone and U1g (U1 gimbal without the aerial component).

The new video from Evans showcases the capabilities of the Shotover U1, the industry's first, motion picture-quality unmanned aerial vehicle (UAV), with a cinematic tour of the New Zealand action sports scene.

A longtime Shotover user from his work on the feature film, We Are Blood, and various commercial projects, Evans and Shotover are working together to produce additional videos in the coming weeks.

"The U1 is in a class of its own for drone cinematography, delivering motion picture quality images and the most intense you-are-there experience possible," said Evans. "Not only is the system incredibly powerful with the flexibility to use a massive number of camera and lens combinations it's also extremely user friendly, meaning you can focus on executing your creative vision without the system getting in the way. With the U1, drones are finally ready for prime-time shooting."

Shotover is a developer of high performance aerial camera systems for the motion picture and broadcast industries.