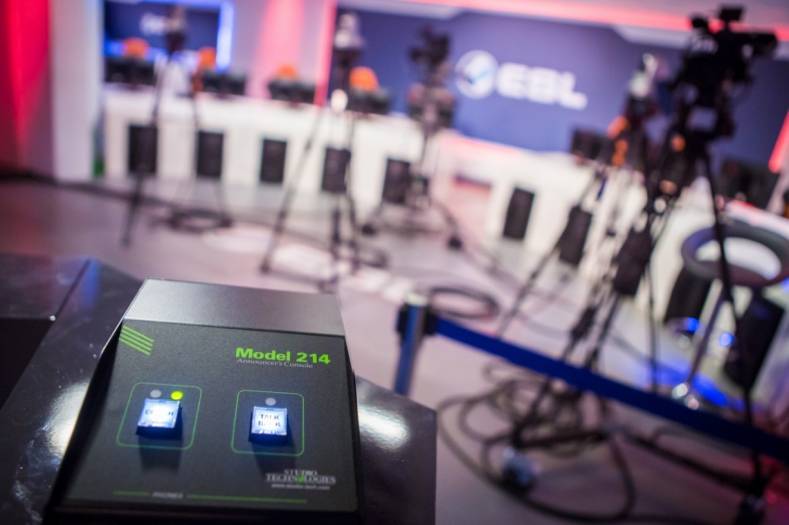 The multi-channel, multi-platform digital media world has changed the way people watch broadcast sports, which now feature ever more elaborate production techniques, but one thing that remains constant is the commentary. The ESL Gaming Network has recognised this in a recent upgrade of its production systems, which included installing new commentator boxes featuring Dante-capability for networking and connectivity.

ESL's television department is now using announcer/commentator units produced by Studio Technologies as part of its coverage of video game competitions, both amateur and professional, which are broadcast to international audiences with viewing figures in the millions. Among the global and domestic league events covered by the esports specialist are the Intel Extreme Masters, ESL One and ESL National Championships, plus more local competitions.

While ESL falls into the category of a new media 'broadcaster', its production techniques follow established conventions and styles, much like those of more traditional TV services. Coverage can involve players sitting at gaming consoles in a studio, with an audience watching the action on screens. A key part of this is a presenter and a number of commentators, who describe the action and give expert analysis. 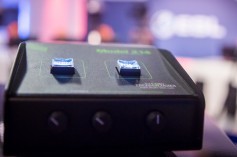 ESL is in the process of replacing a lot of its technology with more up-to-date equipment, taking advantage of new formats. This includes its commentary systems, which have been upgraded to the Studio Technologies Model 214 Announcer's Consoles. Audio engineer Ben Cochran observes that these were among the first units to be bought under the ongoing programme, which involves adoption of Audinate's Dante audio-over-Ethernet networking and connectivity system.

Cochran explains that other Dante-compliant gear is being installed, which is changing the production chain used by ESL. "We used to run several cables per console, which was very cumbersome. With the 214s we use a network switch and plug a single Ethernet cable into each announcer unit. After that we can simply log on to a computer, see what is there and route everything with just a few clicks. It has made everything much simpler, from requiring fewer cables for installations to configuring and maintaining the system."

Studio Technologies produces three announcer units equipped with Dante connections, with the Models 215 and 216 in addition to the 214. Intended as a control point for announcers, commentators and production staff, the consoles include on-air intercom and cue audio signal distribution. A full audio network can be created by connecting the boxes through an Ethernet port with Power-over-Ethernet or an external 12V DC power source. Each unit has a microphone input and headphone output for broadcast use.