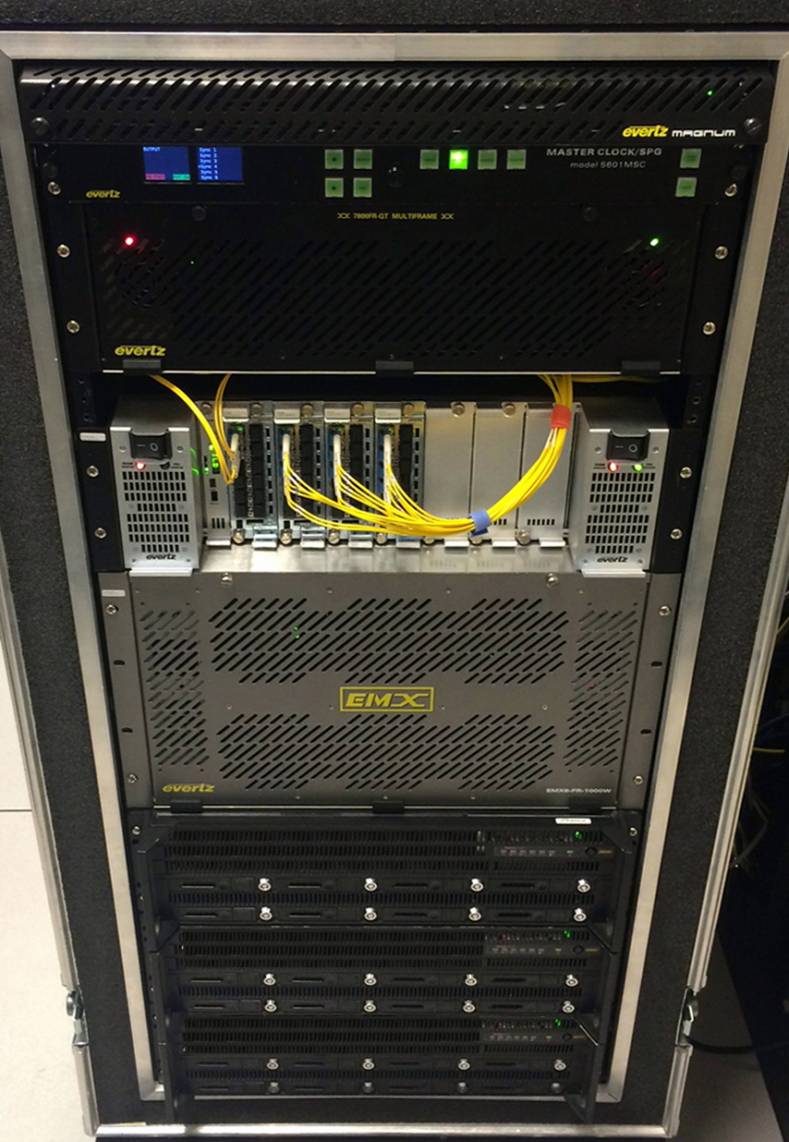 The Evertz 4K DreamCatcher was used at the recent Super Bowl 50 for delivering replays to the LED videoboard screens around the stadium. Held this year at Levi’s Stadium in Santa Clara, California, home of the San Francisco 49ers in the National Football League, in-stadium production was handled by live events and videoboard company Van Wagner Sports and Entertainment Productions (VWSE).

Evertz was chosen for the action replays with seven of its “6-in-1” DreamCatcher systems and IP routers positioned around the stadium as the backbone of its 4K broadcast configuration. Three of these DreamCatcher systems were 10GbE Double Density DreamCatcher-458D devices networked together via 10GbE. 4K UHD content was captured from existing in-house cameras and delivered via the 10GbE infrastructure from the SSCBS truck based production unit supplied by NEP Broadcasting.

“We utilized the Evertz DreamCatcher 4K replay system extensively during this year’s Super Bowl,” said Bob Becker, Executive Vice President VWSE Productions. “The ease of use and flexibility of the system allowed us to provide enhanced multi-angle replays with Pinch and Zoom capabilities. By using the DreamCatcher system, it afforded us the opportunity to give fans a look that is not normally seen in stadiums and arenas.”

By utilizing the 10GbE DreamCatcher network, the production team was able to build the six input UHD system to be controlled by one operator. The main benefit of this setup was the ability for the operator to scroll through every UHD angle at the same moment before choosing the definitive angle to zoom in on, in order to give fans the most exciting view of the play.

The ability to control six camera angles at once was welcomed by Sean Rainey, Freelance Replay Operator at Super Bowl 50, who said it enabled him to exhibit his skills more fully. “Evertz gave me the opportunity to showcase my expertise at the biggest sporting event of the year. The 6x1 4K DreamCatcher station was by far the best replay system I've used. Before Super Bowl 50, I had only worked on 4K machines that had two inputs, so being able to control six angles gave me four more chances to perform my job at the highest level. We showed dropped passes, fumbles, and interceptions.”

Rainey added that by using DreamCatcher’s Play Tracker for Zoom, he was able to create quickly a keyframe sequence to isolate one of the linebackers and track his movements from snap to sack.