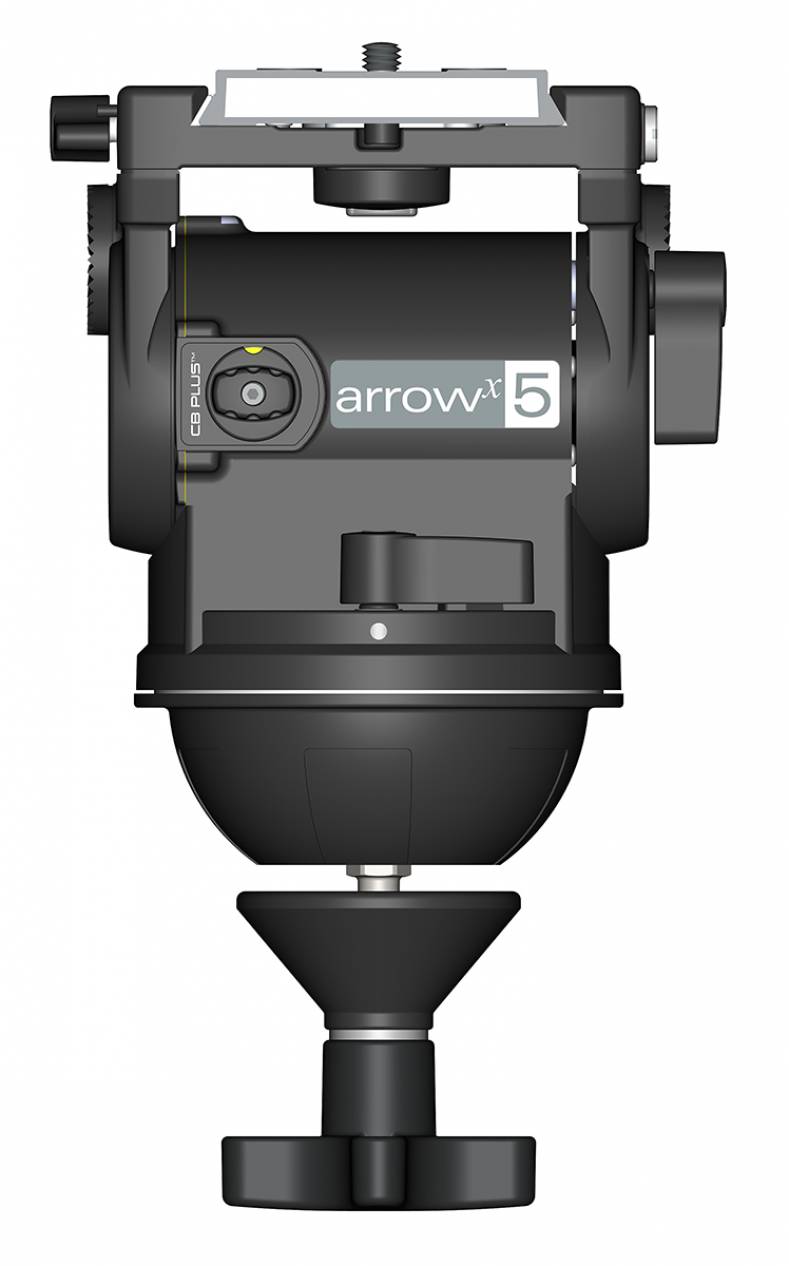 Miller Camera Support has introduced the arrowX, a new range of fluid heads with advanced counterbalancing, at NAB.

Miller said the new line includes the arrowx 3, arrowx 5 and arrowx 7. A key feature of the series is Miller’s CB Plus, a sequential counterbalance design, which takes traditional counterbalancing a step forward — resulting in repeatable, accurate and rapid setup.

The CB Plus switch adds a half step enabling counterbalance refinement. This new feature makes the arrowx Series useful for ENG, EFP, Studio, field OB or other use where frequent and fast re-rigging is required.

“With the industry moving towards smaller cameras with many accessories, we decided to take our Arrow range to the next level with the arrowx,” said Mark Clementson, Miller’s managing director.

“Miller’s CB Plus, adopted into arrowx, enables our customers to rig and re-rig setups quickly and efficiently. As a result, they are able to make concise and exact changes on the fly, and quickly get on with the main task of shooting.” In addition to CB Plus, the arrowx Series delivers several additional features including the ability to remove the clamp stud to easily mount the head on flat base surfaces such as sliders. Where extra rigidity is required, a Mitchel Base adaptor can be fitted.

These features enable arrowx users to eXpress their ideas and tell their story as intended quickly and efficiently. With that power of eXpression, videographers and cinematographers are achieving higher quality work than they ever could before.

The arrowx 3 boasts a payload range of 2.2-41.8 lbs, 16 positions of counterbalance and 5+0 pan and tilt drag positions. It is designed for lighter cameras used in ENG, documentaries and EFP applications.

The arrowx 5 has a wide payload range from 4.4-46.2 pounds, 16 positions of counterbalance and 7+0 pan and tilt drag positions. It is designed for larger ENG and EFP applications including documentaries, drama and television commercials.

Finally, the arrowx 7 has a payload range from 13.2-55.1 pounds, 16 positions of counterbalance and 7+0 pan and tilt drag positions. It is designed for heavier rigs, including in-studio and OB applications.