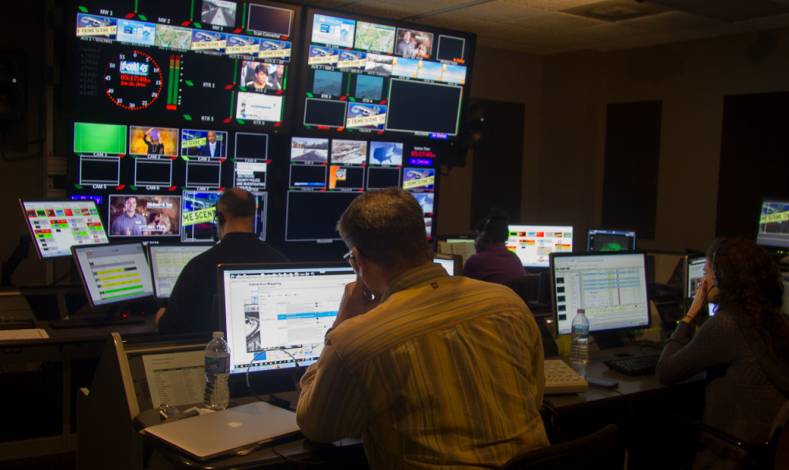 Sinclair Broadcast Group (SBG) has announced a ten-year deal with Avid for newsroom systems. The Broadcast Bridge talked to Del Parks, SVP/chief technology officer of SBG to hear the story behind this agreement. There are several aspects of SBG’s approach, including virtualization and the move to Avid Everywhere This technology will be underpinned with their in-house content management system (CMS) and a Masstech media asset management (MAM) system, which moves stories between stations. SBG is also expanding into online news with the acquisition of Circa (a digital news service). And finally Parks was also keen to talk about the people behind these technology changes. 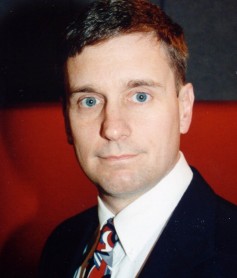 SBG has doubled in size in the last three years, largely by acquisition. With the largest number of CBS, ABC and Fox affiliates in the U.S, the broadcaster reaches 39% of US households. A fair proportion of the acquisitions were stations that produced local news. Of the 164 stations, 67 create news, with 31 already using Avid products. Combined the company creates a total of 2100 hours of local news per week.

Sinclair started out with Basys (pre-runner of iNews), then migrated to Avid iNews. As the group grew there came the need to share stories between stations. Originally this was by FTP, but Sinclair later moved to a Masstech MAM. Working with the company, they helped to develop Masstech’s Emerald MAM to share and archive content between SBG’s stations. The Masstech application is an Active-X plug-in for iNews.

With over sixty active newsrooms, Sinclair was never going to catch up with refurbishments, “If we keep changing out systems, we never catch up. The result is different versions at different sites,” said Parks.

Because SBG has partially grown by acquisitions, the result is a mix of newsroom products. Like many groups, the company faces the problems of running disparate systems. Across the stations they have an assortment of applications and hardware. Different applications, in different versions, are running on different versions of different operating systems. Add to that, the applications are running on various IT platforms—essentially a maintenance nightmare. “One year ago we talked internally about changing,” said Parks.

“VMWare has made a huge impact on Sinclair.” Parks explained how virtualization creates a manageable system across the news properties. They want to move Avid processes from workstations to virtual machines. This was trialed at KHQA their CBS affiliate in Quincy Il, and the group is now in a position to start a rollout across the group. The only hardware at Quincy is the ISIS chassis and AIrSpeed servers; the rest is virtual machines.

The goal is for all news products to be on the same platform with a standard IP infrastructure, the same switches, and servers. “Then everything is structured and disciplined” said Parks. 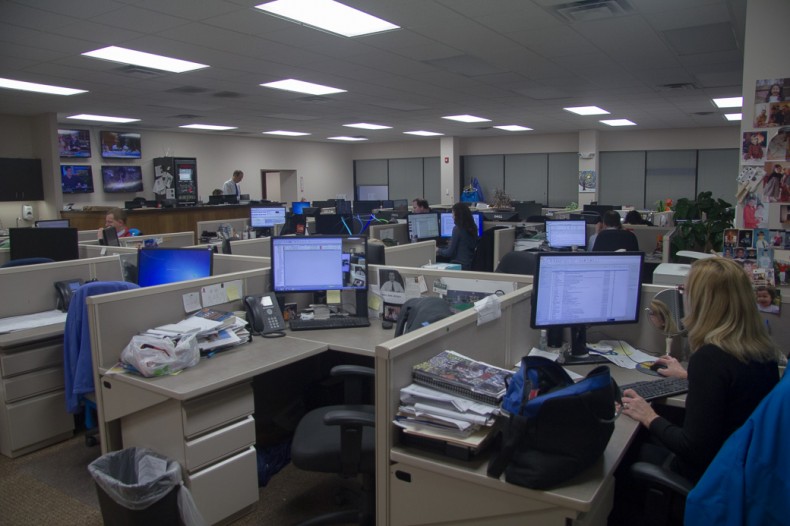 iNews terminals in the newsroom at WBFF, Baltimore

In the quest for a new strategy that would get SBG out of forever playing catch up, Parks looked to Avid. Parks is on the strategic advisory council of the Avid Customer Association (ACA) . Launched in September 2013, it’s run and led by Avid’s customers and designed to foster deep collaboration between Avid and its customers to proactively shape the future of the industry. Park noted “Over the last year Avid has been making changes in openness and the direction of projects, and we have a good working relationship with Avid.”

Parks posed the question “What is strategic thinking? It is long term, we need a different type of relationship with Avid, like a marriage, let’s say a ten-year relationship.” Parks approached Avid chief sales and marketing officer, Jeff Rosica, at the 2015 HPA retreat, “What do you think about getting all news products on the same platform?”

The two parties started working on an agreement December 2015, which was signed before the new year. Avid came up with an aggressive schedule that would move the sixty plus stations to the new virtualized platform over two years. The ten-year deal should save money for both parties.

The stations form a mesh, with content stored locally and shared as needed via Masstech Emerald. Remote stations only pull what they need, minimizing load on the network. With no central point of the failure the news network becomes more robust. The archive is effectively distributed across the stations.

Sinclair has a team of sixty software developers, notably they developed their own content management system (CMS) called StoryLine, which is used across the group. StoryLine is not yet tied in to iNews. Parks said "We want to standardize workflows across the platform. Our developers will work with Avid to integrate our CMS with iNews". Once the integration is ready the plan is to update several stations at a time. Legacy Avid installs will be reconfigured to Avid Everywhere, and by the end of 2017 everyone in the group will be on iNews.

Jerry Lilly, vp operations at SBG will manage the rollout of the system. “This is his baby” said Parks. 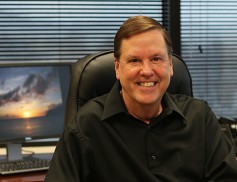 We are building a new independent digital news platform, Circa. The operation will be based in Washington and Seattle, with bureaus in Los Angeles and New York

“We are hiring 60 to 80 people to be based at WJLA (ABC affiliate for Washington DC area) to run this news operation for digital platforms.”

Circa, expected to re-launch spring 2016. It will remain an independent organization, funded by Sinclair and other potential investors. It will be built upon the intellectual property and technology of Circa News. SBG acquired the assets in August of 2015 for $0.8 million. Circa News was a well-known online site admired for its ability to break down news stories to core, easy-to-follow components. Circa News was in business for three years and reached 300,000 unique mobile users at its peak.

Of course running a news operation is not just about getting the right platform in place. It needs people: anchors, reporters, camera crews, graphics artists, the full gamut. Part of SBG’s strategy is about building human resources. “We believe that by providing employees with the most up to date tools and processes we can attract the best employees—we can be the best” said Parks. Part of that is training.

Parks and Sinclair are big believers in training and continued professional development. “Never underestimate the power of good training programs” said Parks, "Training is the thing that keeps you alive." SBG is working with Avid to create Sinclair-specific training programs. Parks continued, "when a young person joins Sinclair they should see their skills in the ascendancy"

SBG face the same challenge as all broadcasters. Parks posed the question “how do we produce more content and allow people to be more productive”. Smart technology and training programs are going to go part way to answering that question. Parks explained that SBG needs to provide employees with both the tools and leadership for the training to be effective.

SBG is taking a strategic approach to the future of its news production. With 67 stations creating news, the status quo of discrete applications on workstations and servers is being replaced with a holistic, virtualized environment based around Avid Everywhere. The hardware platforms can then be simplified to commercial off-the-shelf devices. An integrated NRCS, CMS and MAM will enhance operations and radically simplify maintenance and operations. As the divisions between broadcast and online news blurs, Sinclair’s new platform will position the network to leverage the best in both technology and trained staff.