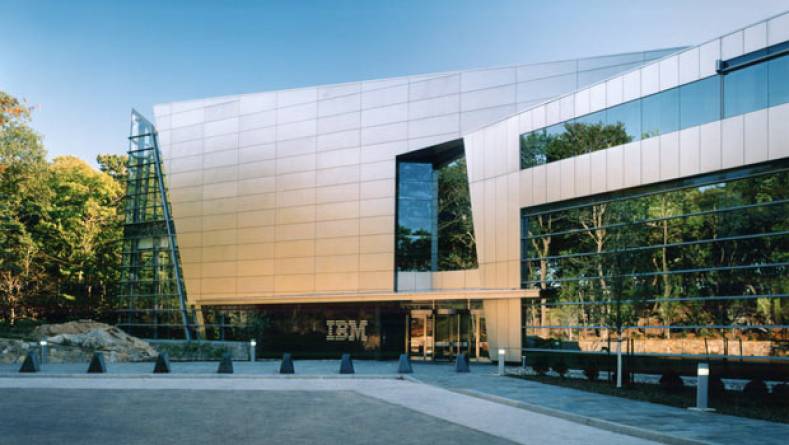 IBM hopes to bring its experience of enterprise big data to broadcasters.

Video analytics based on big data has come of age sufficiently to attract big players such as IBM from the enterprise IT arena. Big guns already in the TV arena in some guise, such as Ericsson and Microsoft, are also raising their analytics game, leaving the established niche players in the field reaching for partnerships to compete, or else face acquisition. The common themes are that providers of big data analytics products or services to broadcasters and pay TV operators are seeking to integrate multiple sources of data and where relevant exploit their existing experience in other sectors.

IBM for example, which is not known as a specific broadcasting technology provider, is touting its credentials as one of the leading big data specialists in the enterprise. The company has just issued a white paper highlighting its strengths in cognitive computing and reporting honed in over 50,000 big data projects for enterprises of all sizes spanning 20 years. The thrust of the paper is that broadcasters and operators need to emulate the predictive audience analysis already well established at Netflix, which has successfully applied this to bypass the need for piloting content such as its House of Cards series to confirm there will be demand for it.

The paper fails though to nail exactly what IBM brings to the table for broadcasters that is not already available, and what difference its admittedly market leading cognitive computing will make to TV recommendations for example.

There is also confusion lurking in some of the other recent announcements, including Ericsson’s launch of its Integrated Video Insights. This appears to be a version of Ericsson’s Expert Analytics platform introduced for Telcos in June 2014, now recast for video. The confusion resides in uncertainty over where the challenges and priorities lie, whether they are more concerned with collecting, processing, integrating or analyzing the data. In the announcement Ericsson argues that it is time for analytics to move beyond its obsession with the “three Vs” of big data, that is volume, velocity and variety, to the “three As”, or adequacy, accuracy and actionability.

The implication is that the challenge of collecting and assimilating the data is now solved and service providers should move on to focus on actions and insights. Storing and processing huge amounts of information is no longer the issue, Ericsson contends.

This may come as news to the many operators and broadcasters still struggling to grapple with data from diverse sources or widely varying formats. In many cases data cleansing is a major issue, but is not often discussed in the media because it sounds like an old problem and is not very exciting. Yet Ericsson’s own Chief Technology Officer for Broadcast and Media Services Steve Plunkett stated in a blog posted during June 2015 that accurate data capture was a problem for the media industry.

“Whereas some industries may see the processing of data as the primary problem, when it comes to broadcasting the opposite is the case,” Plunkett wrote. “For example, terrestrial broadcast television results in relatively little data being collected, but this is changing with the increase in online viewing which generates a more comprehensive view of the viewer’s journey.”

It is unlikely the situation has changed that dramatically since that blog was written, so Ericsson’s pronouncements about the three As accompanying the launch of its Integrated Video Insights look like a case of a disconnect between the marketing and technology departments.

Big data promises to give media a complete 360-degree overview of their business according to Jean-Philippe Poirault, head of consulting and systems integration at Ericsson.

Ericsson is right though to suggest that the real value of video analytics for broadcasters will come from correlation between different categories of data. This point is also made in the IBM paper, which highlights the value that information gleaned about viewers from their social media activities can add to the return path data they should have been collecting for some time.

The paper gives Twitter as an example where a person tweeting about picking up a child from daycare would indicate parenthood, or about traffic on the way to work would suggest full time employment. The possibilities are endless, but require analytics software capable of parsing the data to extract those inferences.

The paper also highlights the potential to extract information directly about attitudes to TV programs from tweets, noting Twitter’s own survey finding that 85% of active users tweet during primetime about TV. In addition 72% tweet during live shows, 60% tweet about shows when not watching TV and 58% tweet while watching time-shifted TV, while 90% take action in response to a tweet about TV by later watching a TV show.

Ericsson also notes the value of data drawn from social media alongside traditional sources including network nodes, OSS/BSS systems, probes and terminals. It is promoting its ability to correlate data with network events for insights that can then elicit actions within its Customer Experience Assurance or marketing applications. A key focus is to shorten call durations and make it more likely that customer problems are resolved on the first help desk call or better still online.

The greatest benefits will come from being able to be more proactive and anticipate both problems and future customer needs, according to Jean-Philippe Poirault, head of consulting and systems integration at Ericsson. “Operators need to understand and improve everything from the quality of their service to their customers’ content preferences and quality of experience,” said Poirault. “With Integrated Video Insights, they can anticipate future operational needs, respond quickly to real-time issues, implement advanced, proactive customer care flows, and ultimately make better business decisions.”