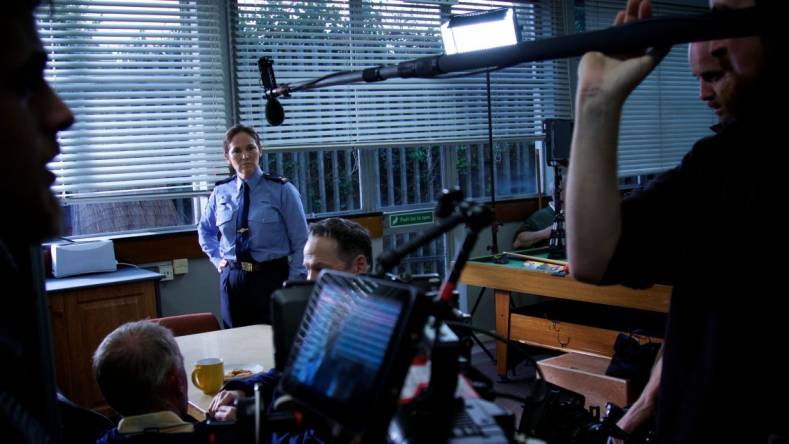 The production of new episodic drama Red Rock is making use of a Facilis TerraBlock 24D providing 48 TB of storage capacity within a new production facility in Dublin. With a no ‘per seat’ charge for connection to a TerraBlock system this directly impacts the ability to scale on demand during a busy production schedule.

The new post production facility was built to produce the soap by Element Pictures & Company Pictures which has been broadcast in the country by TV3 since January.

Tyrell CCT was contracted to assist in the design, integration and commissioning of the production workflow.

“Tyrell recommended the TerraBlock system as the best option for our production facility,” said Paula Heffernan, Series Producer (Production). “The ability to have shared projects throughout the facility: our production schedule would have been impossible without it.”

The turnaround is fast: 22 days for four 22 minute episodes to be shot (on Sony F5), edited, graded, sound mixed and delivered to the broadcaster. This requires four different cycles (of four episodes each) being worked on at various stages of the post production process simultaneously.

“The ability to create a separate volume within TerraBlock for each Director’s cycle keeps everything neat and tidy during the edit and when it comes to archiving,” explains John Philipson, Online Editor and Post Production HOD on Red Rock. “Also, having no per-seat licensing fees gives our production team access to 100 clients if needed, leaving plenty of room for our post production department to grow.” 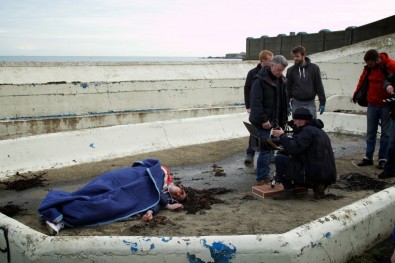 Red Rock is a crime drama based around a busy Dublin Garda station and is the first Irish-based soap opera TV series produced since 1996. Most of series is shot in an old cigarette factory located in Dublin.

“With only two offline editors, an assistant editor, a sound mixer and one colourist / online editor TerraBlock has to look after all the raw rushes as well as Avid, ProTools and DaVinci projects,” continued Philipson. “The ease of use between all these projects is great and again everyone accessing the one set of rushes keeps everything neat. On top of this, we need our server to be efficient and reliable so we can concentrate on hitting our deadlines, and this is what TerraBlock does.”

“Initially, we were attracted by TerraBlock’s value for money and also the enthusiastic technical recommendations Tyrell provided,” explained Heffernan. “However, very quickly we realized that TerraBlock offers a lot more in terms of speed and efficiency. TerraBlock enables our post production team to all work from the same rushes and Avid projects, enabling us to work quickly and efficiently: with our fast turnaround needs this is paramount.”