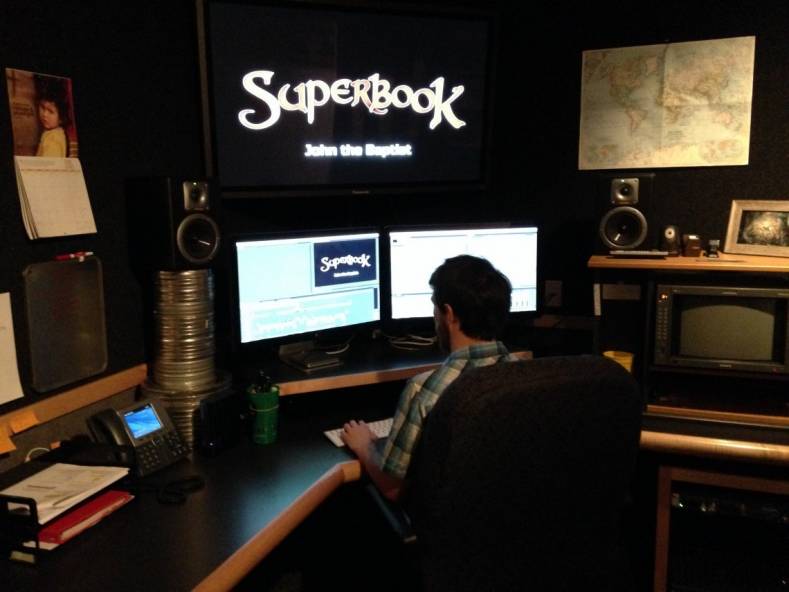 Founded in 1961, CBN is a television network and production company focused on Christian-oriented programming. Over time, CBN’s content and services have expanded, now reaching thousands of people worldwide on a daily basis. With the help of Virginia-based systems integrator, Digital Video Group, CBN installed a 96TB TerraBlock shared storage system. The objective was to have a cost-effective solution that was stable and affordable.

Last year, CBN broadcast programming to 147 countries, in 41 languages from Mandarin to Spanish, Turkish to Welsh.

One of CBN’s most popular productions is the Superbook series, which brings Bible stories to animated life. The long standing anime-style series has been broadcast in more than 100 countries, translated into more than 40 languages, and viewed by more than 500 million people over the years. Today a new, reimagined Superbook series for today’s 3D-appreciative audience is currently in production at CBN’s Virginia facility.

The Superbook team works in Virginia Beach. They produce an episode and the programs are re-dubbed or dubbed in the native country. The final international masters are built in Virginia Beach. Shows are customized per language, per distributor.

Superbook is just one of many CBN productions. To reliably and efficiently handle all the data required for the customization and master generation, the network uses a Facilis TerraBlock shared-storage system.

With the installation of the Facilis system, the International department has reaped a number of advantages – and at the top of the list is flexibility. CBN has Mac and Windows users all accessing the same volumes simultaneously, all connected through the TerraBlock Manager over Ethernet. Both Mac and Windows users can read and write simultaneously to any and all volumes without file permission problems.