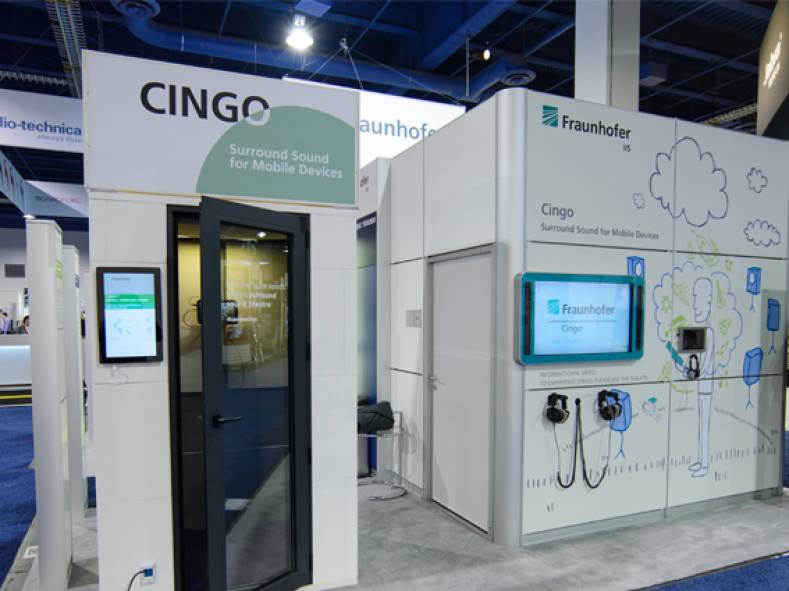 For many years The Fraunhofer Institute for Integrated Circuits IIS (Fraunhofer IIS), in Erlangen Germany, has worked on new audio experiences for both the home and movie theater. Engineers there helped create the mp3 compression format and later co-developed the Advanced Audio Coding (AAC), an audio coding standard for lossy digital audio compression.

Fraunhofer Institute's more recent foray into highly immersive “3-D audio” has led to the development of intelligent algorithms known as Cingo and Symphoria, which are said to produce a “natural and immersive 3D audio experience,” even in headphones and moving vehicles.

The Institute said its software-based Cingo (for personal use) and Symphoria (for cars) decoding tools are designed to compensate for the often-inadequate speakers in cell phones, ear buds or automobile speakers while simultaneously reproducing the original musician’s intended sound image. So you get to feel like you’re at a live concert, even when you’re actually listening on a mobile device or in the car.

“In a concert hall, the music doesn’t just come directly from the stage,” said Oliver Hellmuth, project manager for Symphoria. “We also hear the sound that bounces off the walls and ceiling. It’s the overall combination that gives us the impression of three-dimensional sound.”

He added that Cingo and Symphoria analyze which elements of a recording are direct sound and which are reflected sound. They then join them together to create natural three-dimensional sound.

However, Hellmuth and his team say that it’s not enough to rely on signal analysis of the music to create an optimum listening experience using Cingo on mobile devices and Symphoria in vehicles. The key is to get engineers and sound technicians working together.

“The engineers know how to develop the tool, and the sound technicians know how to make the best use of it,” explains Jan Plogsties, project manager for Cingo. “That’s why the sound technicians at Fraunhofer IIS were involved in making adjustments to the sound reproduction at an early stage in tandem with the technical analysis. Since no audio benchmark is available to judge the quality of these kinds of audio algorithms, the experts’ subjective opinions were crucial.” 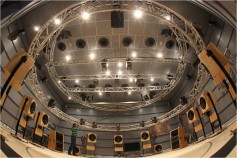 For years The Fraunhofer Institute has been experimenting with public theater systems with dozens of speakers in the same room that totally engulf the listener.

Because the sound typically has to be tailored to the particular speakers of each individual device, the IIS researchers have worked closely with end users at every stage of the development process.

“When a manufacturer chooses to implement our software, we configure the sound separately for each model,” said Hellmuth. “It’s a tuning process—and that’s why we need the expertise of our sound technicians.”

Unlike some technologies created at the Institute, Cingo and Symphoria were developed with the idea of launching them as products. “We asked the same question we always ask ourselves: if it ends up working well, who could benefit from it?,” said Harald Popp, head of marketing for the applications. “Our preliminary discussions soon revealed that a number of companies were very interested in good 3D surround sound solutions.”

The product-first strategy seems to have paid off. Since 2013 Google has included Cingo in all its Nexus devices, and Samsung launched the software as part of its new virtual reality glasses. Audi is using Symphoria to create 3D and surround sound effects in its TT, Q7 and R8 car models.

For the development and market launch of Cingo and Symphoria, Oliver Hellmuth, Jan Plogsties and Harald Popp are recipients of the 2015 Joseph von Fraunhofer Prize.