Cloud operations have been steadily gaining a foothold in broadcasting over the last five years but there are still limits to how much it can do and reservations about what it should be used for in TV and post-production. In particular there has been doubt over the viability of full editing using the technology but ahead of NAB 2015 Adobe has announced that its Anywhere collaborative workflow system can run in conjunction with platform provider Aframe’s remote server network to do exactly that.

The snappily named 'Adobe Anywhere in the Cloud delivered by Aframe' will be shown during the Las Vegas show, demonstrating a 'one-to-many' approach allowing large-scale video projects to be edited from different locations by anyone with access to the system.

“With Adobe Anywhere, editors and other video professionals can use local or remote networks to simultaneously access, stream, and work with remotely stored media. It gives teams the flexibility to tap into talent wherever they might be,” said Simon Williams, senior director of business development at Adobe. “Aframe’s integration with Adobe Anywhere significantly reduces the investment for customers in infrastructure – a big plus for many organizations."

The core of the system for storage and media asset management (MAM) of native video is provided by Aframe, while streamed editing is facilitated through Adobe Anywhere. David Peto, founder and chief executive of Aframe, says it had been his ambition to make his company's technology work with Adobe Anywhere ever since he saw the collaborative workflow system prior to its launch at NAB 2013. "Adobe showed it to me running over a standard internet connection but it still required a large amount of servers, storage and MAM," which a lot of people don't want," he explains. "Some in the industry just want to go [and work anywhere] so I tried to see if we could get Anywhere on the cloud."

Aframe started development of cloud support for Adobe Anywhere approximately six months ago. This time has been spent, Peto says, "really making it work." The aim, he explains, was so that people would use their Adobe Premiere Pro CC or Prelude CC system as they would usually: "The idea is that there is no limit to this and no limit on file sizes." 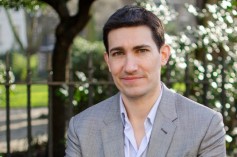 Adobe Anywhere in the Cloud delivered by Aframe allows producers and operators to browse through material - video, audio, graphics - stored on the cloud, searching using metadata descriptions with keywords. Clips can then be previewed and a real-time adaptive bit rate stream of the high-resolution version sent to the editing workstation. Work in progress can be viewed by others working on a project using the Aframe share link facility. Once a new edit has been made it is rendered, automatically transcoded and made available through Anywhere while being stored in the cloud.

The manufacturers describe the system as offering full cloud editing, although Peto does qualify this, saying, "I'm not suggesting that people cut a whole feature on it. The main applications right now are promos and re-versioning, anything that needs a fast turnaround."

The big selling point, he continues, is the freedom to have access to an entire library of material, which can be edited away from conventional facilities: "It means people do not have to be on a premises, with all the associated hardware and overheads."

While this flexibility is highly attractive to editors who may want to work from home or on location - or for news teams in the field - there is still some concern over the security, stability and reliability of the connections used for such remote working. Peto has clearly fielded this point on many previous occasions and points to Aframe's four years of operations: "You don't need a private network for the best results, although I wouldn't advise that you try to do an Adobe cut in a coffee shop on a poor WiFi connection with lots of other users. But we have maximum bandwidth with all the routing and have passed security requirements from major broadcasters and facilities."

Being able to edit video anywhere raises a question that has floated round the broadcast industry since digital and networking technologies first appeared on the market: does this mean the end of post houses? Peto knows that side of the business - he was a co-founder of UNIT Post, the first UK facility to be fully based on Apple Final Cut Pro - and sees the potential for a shift in priorities. "We're not trying to get ride of facilities," he says, "just make running them more efficient and bring in a more modern way of working. The idea is that editors or producers can close their laptop at work, go home, have dinner and then open the laptop again to carry on working. This can give them that freedom but there will always be a place for high-end video, grading and audio suites."

While Aframe has, in Peto's words, "a close relationship with Adobe", the company sees itself as agnostic and so could extend a similar service to other editing systems. Aframe is currently looking for "early adopters" to start working with beta versions of Anywhere for the cloud in the autumn. A general rollout of the system is scheduled for early next year.

"The idea is that editors or producers can close their laptop at work, go home, have dinner and then open the laptop again to carry on working." David Peto, Aframe