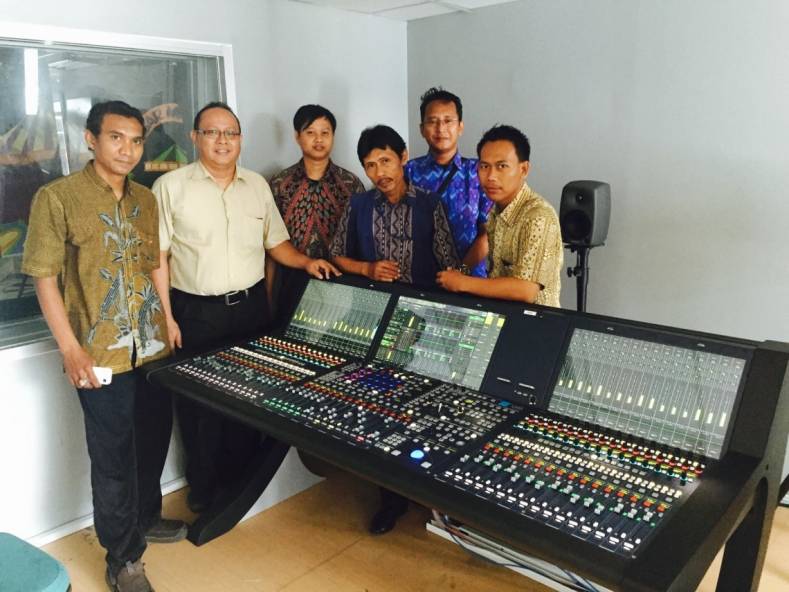 Acquiring the new Lawo mc²56 MKII console has ushered in a new way of working for the audio production team at TVRI.

Identical Lawo mixing desks have been installed in the control room and the auditorium FOH, each equipped with 48 faders and a stagebox with 48 mic/line inputs, eight line in and 16 line out. Installation was completed by the end of December 2014, with final testing and customization, and training for technical and sound engineers undertaken in January 2015.

Many of the console operators were initially apprehensive about the project, as this was their first use of digital audio technology. However, due to the easy setup and intuitive operation, as well as greater efficiency and flexibility of workflows, it did not take long for them to master the new production procedures.

The mc²56 console is available in five different frame sizes: for example, 16 faders for smaller outside broadcast vehicles or 80 faders for more complex challenges. The mixing console features a central control section with easy-to-reach user-buttons, large trackball buttons, a touchscreen in the central GUI, and illuminated rotary knobs—making the console very intuitive to operate.

TVRI operates 22 regional stations and has more than 6,800 employees, 2,000 of whom are based in Jakarta. Along with government digital television, TVRI also has four channels that are currently broadcast in DVB-T. TVRI 1 (on-air identity as TVRI Nasional) provides national coverage, TVRI 2 will be the regional network of regional TVRI broadcasters (currently broadcasts the Jakarta regional station), TVRI 3 with programs focused on culture and TVRI 4 with sports programming.