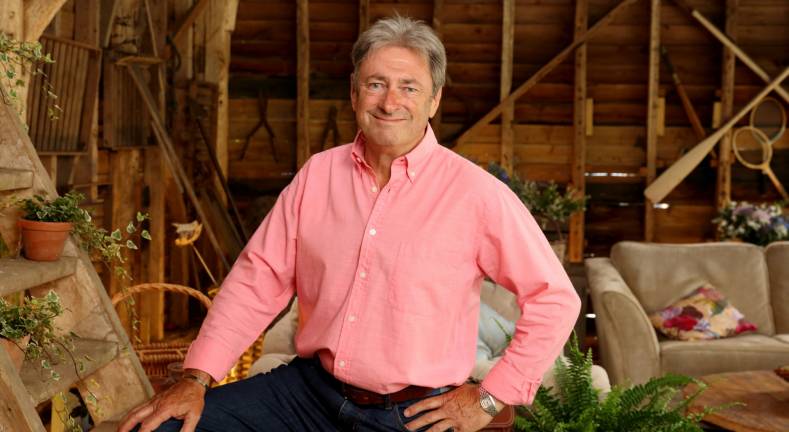 The Sunday morning show has been recommissioned.

The 10x120’ series was the first production shot ‘as live’ for linear television at the beginning of the lockdown. It is broadcast on ITV and sees legendary gardener and presenter celebrate all that is great about the British countryside. The Sunday morning show has proven a success already, as an extension to the series has been commissioned.

Tony Gill, managing director at Altered Images explains, “The quality and versatility of the cameras, and of the overall system, have completely exceeded expectations.”

Three Blackmagic URSA Broadcast, paired with Fujinon LA16x8BRM glass, Blackmagic URSA Studio Viewfinders and Fiber Converters, are mounted on pedestals and jibs inside the studio. “If we’re out in the gardens or on the farm, however, we can quickly switch to a shoulder mounted setup,” adds production executive, Jim Boyers.

The production gallery was built in a shipping container with plastic screens between each section. “In light of Covid restrictions, we purposefully designed the system so that minimal crew were needed in the gallery, and the ATEM 1 M/E Production Studio 4K really helped us with that.

“The vision engineer could also do the recording and the playback, and it even would have been possible for him to take over the cutting if the director was busy. So we had multiple layers of failover,” adds Boyers.

As the show had interactive elements, the ATEM media pool also came in handy for viewer engagement. “If Alan and the week’s celebrity guests were talking about a certain topic, a viewer can send in a relevant photo or a video, and that could be brought on air via the media pool. We also used HyperDeck Studio Minis for backup record and VT insert.”