Rohde & Schwarz is seeking to reinforce its market leading position with the latest addition to its portfolio – an all-in-one solution to cost-effectively extend ATSC network coverage.

Rohde & Schwarz has announced the introduction of a new ATSC translator & re-transmitter solution for its TLx9 and TMx9evo low-power TV transmitters.

Developed to enhance transmission coverage in areas with challenging geography – such as steep-sided valleys – the new ATSC translator receives the data input from a parent transmitter over-the-air and then rebroadcasts it on a separate channel to extend coverage into these difficult to access areas.

A USP of this R&S solution is its ability to interface to and integrate alongside one of the market’s highest performance family of low power ATSC transmitters. The all-in-one translator simplifies coverage extension within ATSC networks, keeping deployment efforts low. Existing R&S transmitters can be easily upgraded with the new option. Furthermore, in combination with ASI/TSoIP feeding, the new translator solution can be used to establish input redundancy.

The R&S ATSC translator solution offers enhanced features that make operators‘ lives easier. With a PSIP edit option, the system has real time detection and display of the original TSID & PSIP information. If desired, the translator can modify the contents of the PSIP table including channel number, short name, major channel and minor channel of the input stream. It can also pass through all Dynamic PSIP Guide information without corrupting any data. With this feature integrated in, no additional external device is needed for PSIP editing and deployment is made easier.

In the event of the loss of ASI or RF Tuner input a static picture can be displayed. With the failure of all inputs it will continuously loop a fully compliant Transport Stream. The static picture feature can provide a viewer message instead of blue screen. This enables a fallback mode to stay on air, even without an input signal, helping operators to keep and inform their viewers in case of an input signal loss.

Also, the translator solution supports ASI Loop Through. With this feature, the transmitter is able to demodulate the RF input signal and it allows the operator to monitor the incoming signal on ASI baseband level. Via the ASI output port, an ASI test system or ASI transport stream reader can analyze the decoded RF input signal. This feature helps to simplify the system design of Translator Stations and provides better information about the origin of potential problems.

“This new product answers a clear market need and demonstrates the depth of our transmitter development capabilities,“ commented Manfred Reitmeier, Vice President of Broadcast and Amplifier Systems at Rohde & Schwarz. “R&S ATSC translators simplify the extension of ATSC coverage significantly by making the need for a costly TS feeding infrastructure to the LPTV transmitter station obsolete and providing an all-in-one solution for easy deployment.“ 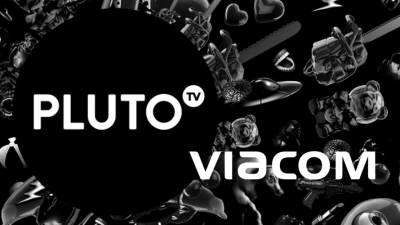