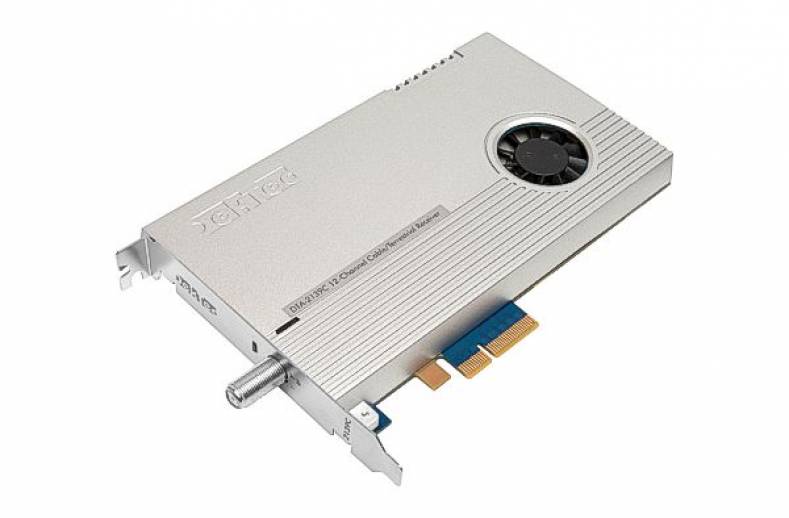 All services in the twelve received transport streams / DASH streams are simultaneously available. You can use it to monitor your network in real time, with DekTec's Xpect Mosaic (except ATSC 3.0), with a 3rd party solution or with your own compliancy-checking application.

With the latest hardware update, all transport streams and/or Dash streams in a cable or terrestrial network can be monitored, including a mix of ATSC 3.0 and legacy ATSC VSB signals. Streams can be monitored for conformity, they can be recorded (compliance recording) or a mix of services can be decoded and placed in a mosaic.

For ATSC 3.0, each receiver is able to demodulate 4 PLPs (Physical Layer Pipes) simultaneously. The same channel can be demodulated by multiple tuners if more PLPs are present.

Since ATSC 3.0 will be introduced later in many regions, along with existing ATSC 1.0 (VSB) services, the DTA-2139C allows all services to be received and transcoded to IP, or to multiplex and modulate received services again on a local cable network. As each demodulator is independent, the user can start monitoring or receiving legacy ATSC 1.0 signals and progress to receiving ATSC 3.0 when such channels are added or converted.

The DTA-2139C is the successor of the DTA-2139B. Several improvements have been made using state-of-the-art technology and the latest generation tuner and demodulator chips. Supporting all major cable and terrestrial standards, it makes the DTA-2139C a universal, inexpensive, high-density PCIe receiver.

For developers, the product comes with our free and field-proven SDK (DTAPI). Applications have access to the complete transport stream or IP stream (ATSC 3.0) from each of the twelve receivers. Additionally, each receiver provides lock status, RF level, MER and bit error rate.