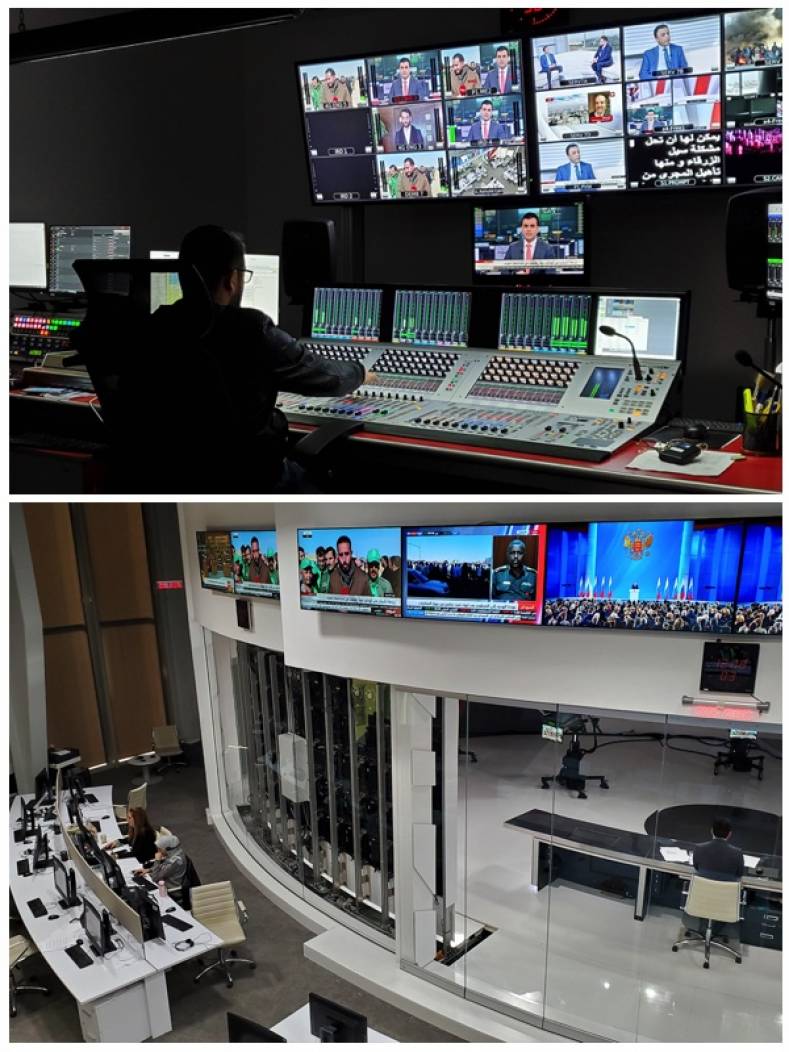 Launched in 2018, Al-Mamlaka TV operates from a greenfield broadcasting centre in Amman, with a 24/7 lineup of HD news and public affairs shows airing on both linear and OTT platforms.

A 400-sqm, seven-camera studio with five sets, a second four-camera and a third smaller studio feature.

“In order to manage such a complex broadcast infrastructure, we need full redundancy for all vital systems, including AV and broadcast IT equipment,” said Sami Qouta, engineering manager, Al-Mamlaka TV. “Centralized management of virtualized systems is critically important, as is 24/7 operation on all channels. That meant the ability to switch easily between the production control rooms of our two largest galleries, in case there’s an issue with one. We have this capability with the IHSE KVM technology, which provides a centralized controller for accessing all systems in either control room.”

The KVM system from IHSE consists of an 80-port Draco tera compact fiber-optic matrix switch with Draco vario extenders for dual-head DVI and DisplayPort. With the Draco vario extenders, operators at remote workstations are able to gain real-time access to DVI, VGA, and DisplayPort computers. In addition, Al-Mamlaka TV relies on a Draco vario ultra HDMI 2.0 extender to give operators real-time access to the HDMI computers controlling the dazzling X1.2 Barco LED video wall and ensure the highest image quality.

The IHSE kit integrates with all of the other studio systems and allow for a flexible workflow — one in which operators from any department can connect, disconnect, and reconnect a variety of laptops at will without interruption or reconfiguration.

For redundancy, numerous critical systems in the large studio are linked to the KVM network, including the robotic system controlling the cameras, graphics systems generating lower thirds, vision mixers, teleprompters, and VR/AR systems. If a problem develops with a piece of equipment in the first studio, operators can remotely log onto the vision mixer in the second studio and put it into play instantly.

“This level of redundancy is critical to the smooth and failsafe operation of any modern, 24/7 broadcast facility, and Al-Mamlaka TV is no exception,” said Dan Holland, marketing manager, IHSE USA. “With the ability to remotely switch systems in the event of equipment failure, Al-Mamlaka engineers can ensure that live broadcasts continue without interruption. And by giving operators centralized remote control, rather than requiring them to physically attend to each system when the need arises, the IHSE KVM solution brings powerful efficiencies to the broadcast operation.”