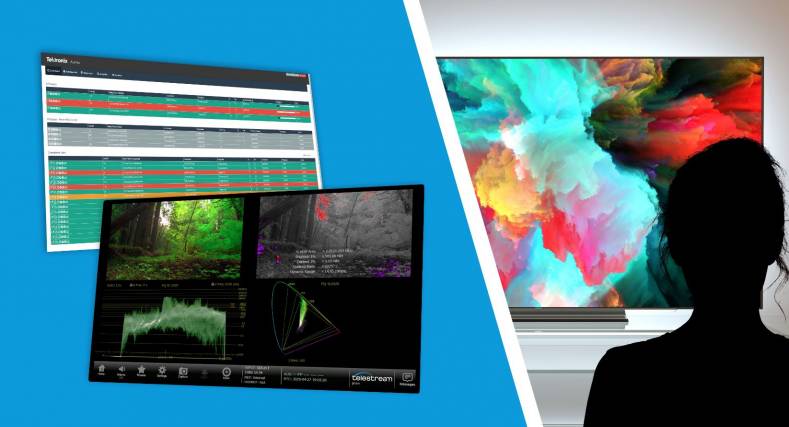 Telestream made several enhancements to its Aurora system based on feedback from SARFT.

500 hours of HD, UHD and HDR format content was assessed by Golden Sail Judge team in a fraction of previous years’ time and significantly improved consistency.

Hosted annually by China’s National Radio and Television Administration (SARFT), the Golden Sail Awards are the most prestigious award program in China’s broadcast industry, with TV stations across the country submitting program content to be judged for overall appeal and technical quality. Subjective judging, by a panel of Golden Ears & Eyes, accounts for 80 per cent of the score. Then, a team of experts from China’s national broadcasters who formed Golden Sail Judge Committee, subjects the content to rigorous technical examination to confirm the results. This year, SARFT used Telestream Aurora in conjunction with Telestream Waveform Monitors to interrogate the content.

Using Telestream’s Aurora QC system, the judges were able to test and confirm the quality of the HD, UHD and HDR content in a fraction of the time the process took in previous years. What the experts discovered was that in excess of 95 percent of the entries, the Aurora measurements were consistent with the Waveform Monitor measurements – this synchronicity enabled these expert engineers to assess much more content in a far shorter time with better consistency.

For Telestream, this was a major opportunity to prove the value of its technology to the dynamic Chinese broadcast industry. The company went so far as to make several enhancements to the Aurora system based on feedback from SARFT. For example, a test summary was added to the first page of the QC report and Telestream added an automated process for creating job XML files for their content packages. The result was a process that would have previously taken several weeks was concluded within a week.

In addition to providing the equipment, Telestream supported the project with a team of specialist engineers that helped familiarize and assist the Golden Sail judge committee engineers throughout the technical testing procedures.

“In China, the Golden Sail Awards are incredibly important – on a par with the Emmy Technical Awards. The winners receive a massive boost to their careers and the winning TV stations are recognized as leaders in their industry,” commented Charlie Dunn, Senior Vice President, Tek Video Business Unit at Telestream. “We were honored that Telestream Aurora in combination with Telestream Waveform Monitors were selected as the QC platform of choice and we’re equally delighted that our technology enabled the judging engineers to create such great efficiencies.

“We are fully committed to supporting the evolution of UHD and HDR production tools and also to support the dynamic, rapidly evolving Chinese broadcast industry. In particular, we are eager to talk to individual broadcasters that are targeting the UHD/HDR business opportunity,” Charlie Dunn concluded.