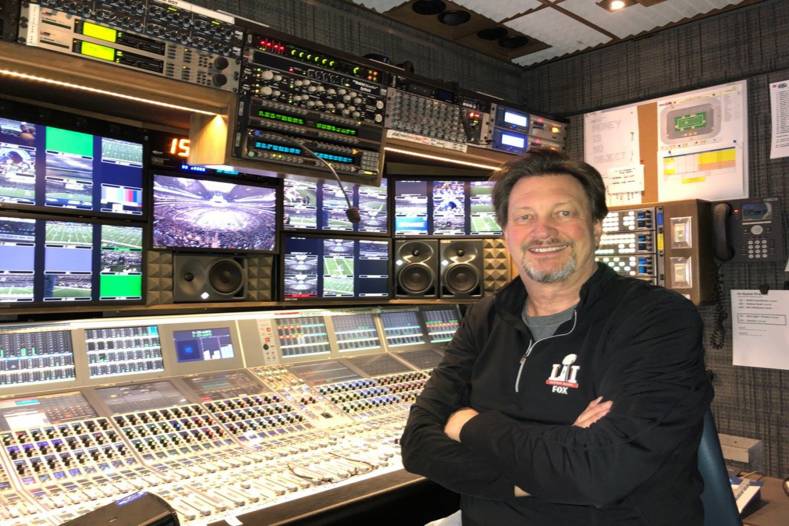 Aldous said moving from an analog to digital workflow has allowed him to take advantage of Dante networking.

Award-winning live sports mixer Fred Aldous currently works as an audio consultant for Fox Sports, managing live audio for a variety of broadcasts, including professional football and racing. Improving viewers’ sound experience over time has necessitated a shift to a Dante-enabled digital workflow and products from Studio Technologies.

“I need to balance all the nuances of the broadcast and create a sound image that captures the narrative of the game, all in a way that’s pleasant to the viewer,” said Aldous. “I use several Studio Technologies products, all of which have been extremely reliable and instrumental to our broadcasts.”

Aldous said moving from an analog to digital workflow has been “tremendous,” especially with the speed and ease-of-use offered by Dante networking. His workflow includes several Dante-compliant Studio Technologies products, including the Model 206 Announcer’s Console and Model 370A and Model 374A Intercom beltpacks in the announcers’ booth. He said the flexibility of running a Dante network through these devices has allowed him to provide improved comms support for stage managers, stats support, and announcer personnel support.

“Most networks are moving to remote broadcast, meaning a lot of shows will be produced, mixed, and cut from an off-site facility,” said Aldous. “By moving to a Dante-hybrid booth, my announcers and crew have more flexibility to communicate with each other during a broadcast.”

Aldous also leverages the analog capabilities of Studio Technologies products. His choice of intercom products are the Model 41 Interface for interruptible foldback (IFB) monitoring and cueing along with the Model 47A analog audio interface for party line (PL) communication. He also uses the Model 230 Announcer’s for back-up analog headsets in the booth.

Aldous again pointed to the flexibility of these products in a hybrid environment, as well as the need for reliable support in any broadcast environment. He said the live format is exciting because, “I have only one chance to get it right,” and “If I mess up, millions of viewers know it.”

“The Model 41s and Model 47As service all of my non-Dante needs in the booth, on the field, and wherever I need a power IFB or PL drop,” said Aldous. “We are able to bring the viewer to the field of play and give them an intimate experience of being at the event. Given the current live event landscape, we are currently formulating safety and distancing elements, including keeping the crew safe in close quarters in a production truck as well as announcers and their proximity to microphones. As these discussions continue to develop and evolve, I look forward to having a plan in place for when live events resume.”