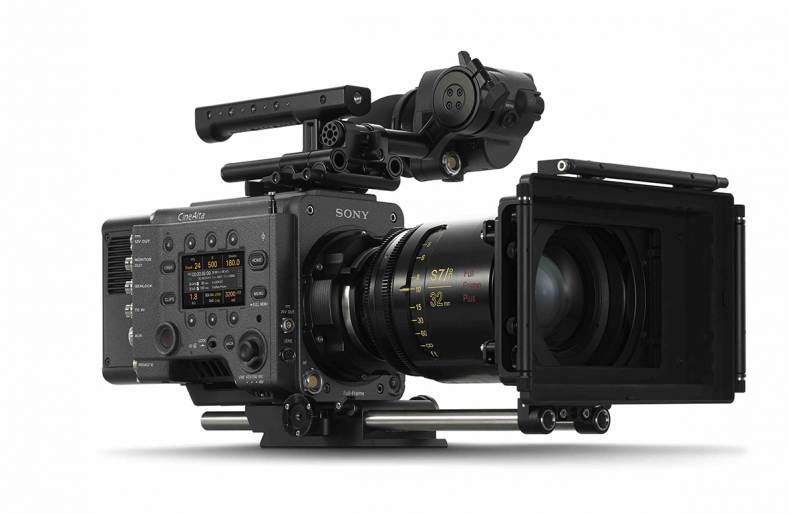 Regular firmware and hardware updates have been key to the adoption of Venice since launch in 2017.

Additionally, Sony is collaborating with Technicolor to create a new ‘look library’ for the camera, which will be available online “for creatives wishing to quickly access some of Technicolor’s premier established looks inspiring by their cinematic history.”

Another enhancement is the ability to shoot with a second user frame line. This enables cinematographers to take advantage of the camera’s large sensor size to shoot for both horizontal and vertical distribution within the same composition – something that will prove useful on shows shot for mobile platform Quibi.

The firmware also includes: expanded HFR capabilities – up to 72fps at 5.7K 16:9 and 110fps 3.8K 16:9, which simplifies post-production of slow-motion especially for TV drama workflows that require quick turnarounds. In addition, up to 72fps at 4K 6:5 imager mode for Anamorphic lens operation.

A 3D LUTs can be fed to the camera viewfinder for additional monitoring and gyro information in metadata – (the camera’s Tilt & Roll data) can be referenced by VFX teams.

This camera, launched only last year, offers full-frame imaging to “run-and-gun,” documentary, and indie productions. Employing the form factor, ergonomics and workflow of Sony’s FS7 and FS7 II cameras, the FX9 houses the same colour science as the Venice, and auto focus (AF) technology from Sony’s interchangeable lens camera, Alpha but in a smaller body.

V2.0 of the FX9 firmware supports 4K 60p/50p recording through oversampling from a 5K cropped area of the 6K full-frame sensor. It also enables output of a 4K 16-bit RAW signal to an external recorder with the optional XDCA-FX9 accessory. This additional bit depth beyond the camera’s internal 10-bit recording is ideal for projects requiring more intensive post-production.

Additionally, FX9 Version 2.0 firmware will expand the camera’s operability with Eye AF technology and touch screen operation for focus control and menu setting on the viewfinder.