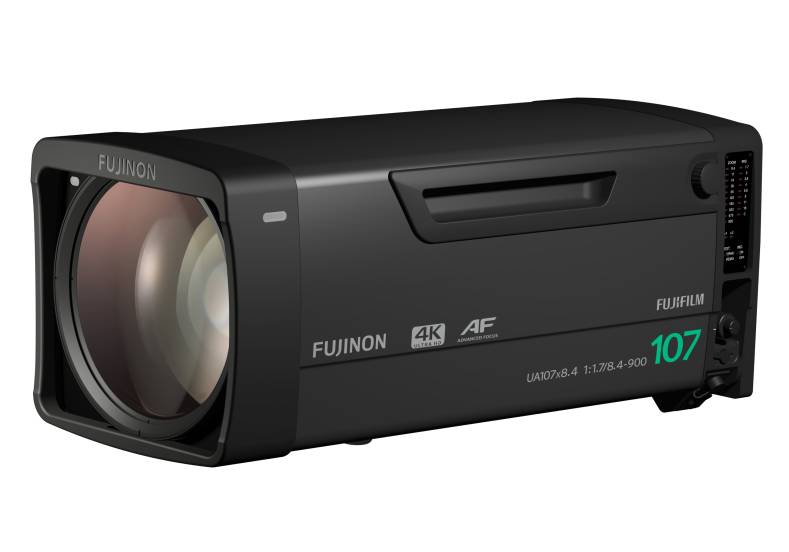 Among the features that make this lens a perfect choice for covering live sports, entertainment, and House of Worship are High Dynamic Range (HDR) and vivid color reproduction. In addition to using aspherical and fluorite elements** to effectively control various types of aberration, the company’s unique multi-layer coating (High Transmittance Electron Beam Coating) boosts the rate of light transmittance, making it possible to deliver vivid color reproduction, as well as HDR-based rich tonal gradation, even under bright sun or at dusk.

Dylan Kissel, a student at Michigan State University and sports camera operator for Spartan Vision, who tested the UA107X AF, said it was nice to shoot whatever he wanted to and not have to worry about focus.

“I could whip up to somewhere in the crowd and get the shot, trusting that focus would be there and know I could get back to the game in time,” he said. “By the end of the first time out, I was very comfortable with it all. I knew the lens was going to take care of me while I got the shots I needed. I didn’t have to worry about taking those extra few seconds to get the focus, and the director didn’t have to worry about it either because he knew it was going to be there and could take my shot.”

The penetration of 4K-compatible large-screen television in recent years has increased opportunities for enjoying ultra-high-definition 4K video. As such, advanced skills are required from camera operators to manually achieve fast, precise focusing. That’s why Fujifilm developed a 4K-compatible broadcast lens equipped with the AF function.