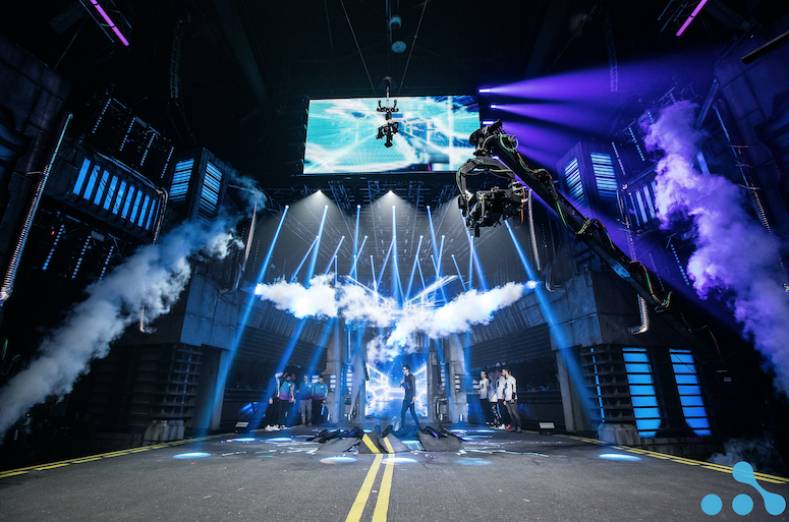 Pixotope was used to create the augmented reality elements for this event, covering a 100 square metre stage area with pinpoint precision.

His company used augmented reality graphics generated with the Pixotope solution to immerse the audience into the esports action.

“For us, augmented reality is a powerful tool to enhance the tournament theme, and add creativity and consistency to the broadcast,” said Aleksii Gutiantov, Head of AR Dept at WePlay! Esports.

Pixotope leverages the rendering power of the Unreal Engine from Epic Games and builds it into a complete virtual production hub. While offering a user interface simple enough for the pressures of live production, it also provides the ability to make last minute changes while in live mode. This includes camera tracking, motion capture and data-driven graphics. 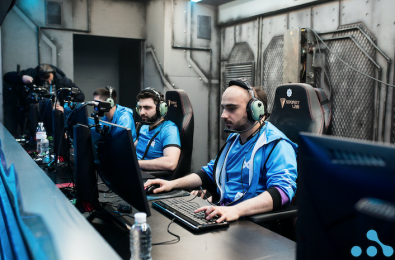 The Unreal Engine from Epic Games was used to render and build a complete virtual production hub.

“We needed to create the brightest visual impression during the broadcasts,” said Maksym Bilonogov, General Producer at WePlay! Esports. “Pixotope allows us to create surprises and tell exciting stories. We can display player stats in a new way, inside complex 3D multi-level stages, 360˚ environments, and we can bring in-game characters to life and surround the stage with surreal scenery. Dota 2 real-time driven Drafts were among other scenes on that tournament and the WePlay! Esports in-house production team was able to recreate over 120 characters of Dota2, all visualized in Unreal Engine.”

“One of the most awe-inspiring things we achieved was place the tournament stage inside a cyber-punk city with hovercraft flying everywhere,” Bilonogov added. “Our productions now allow the audience to enjoy all the game play while at the same time believing they are part of what is happening on the screen – something that cannot be felt in real life.”

Pixotope was used to create the augmented reality elements for this event, covering a 100 square metre stage area with pinpoint precision. It worked seamlessly with camera tracking systems from camera robotics firm Movicom, as well as integrating with conventional graphics from Vizrt. The Mad Moon tournament generated peak concurrent online views of around a quarter of a million fans.