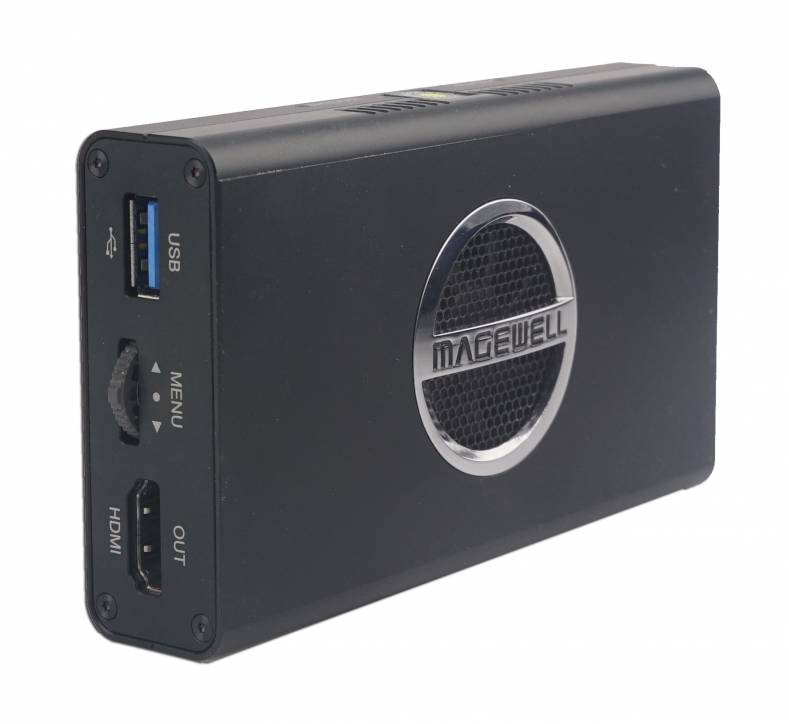 Magewell will announce a hardware decoder to support both NewTek’s NDI technology for production-grade media transport and the Secure Reliable Transport (SRT) protocol — developed and open-sourced by Haivision — for internet-delivered H.264 and H.265 streams.

The two new low-latency converters decode input streams up to 4196x2160 at full 60 frames per second for output to baseband monitors, projectors, production or distribution equipment via an HDMI 2.0 interface.

The Pro Convert for NDI to HDMI 4K and Pro Convert H.26x to HDMI 4K can automatically optimize output parameters based on EDID metadata of the connected HDMI display, while FPGA-based video processing enables high-quality up/down-conversion between HD and 4K.

The devices measure 3.97 by 2.4 inches with a height of 0.92 inches, and can be powered via external adapter or PoE. Users can manage advanced features of the devices via on-unit controls, a browser-based interface, or connected keyboard or mouse.