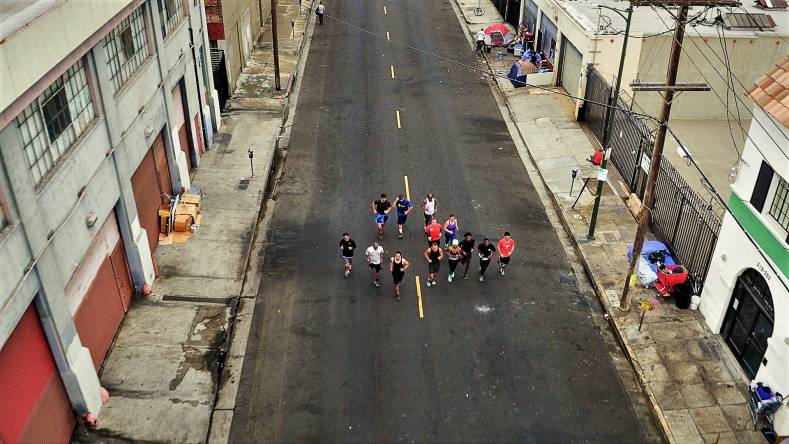 Sachtler’s flowtech100 carbon-fiber tripod was used in the production of “Skid Row Marathon,” a documentary by filmmakers Gabriele Hayes and Mark Hayes. 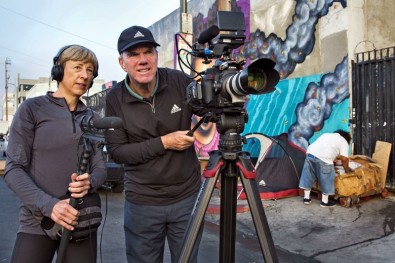 Sachtler said the "Skid Row Marathon" tells the story of Superior Court Judge Craig J. Mitchell and the people of the Skid Row Running Club in Los Angeles. They have empowered the sport of long-distance running.

The flowtech100 tripod was lightweight and easy to set up and adjust, while sturdy and stable enough to handle heavy payloads. The crew accompanied the Skid Row Running Club on its early morning training runs to capture footage in some of Los Angeles' meanest streets.

Initially, the crew was using a much heavier, conventional tripod that made capturing the passing runners extremely difficult. The film crew had about 15 seconds to run as fast as they could to the next shooting location, set up the tripod, adjust the height and lock each leg in place before the running club members approached.

An additional challenge, and another reason to work as quickly as possible, was the notorious and often dangerous Skid Row neighborhood in which they were filming.

After adopting the flowtech100 with FSB10 fluid head, the crew found that they could move much faster and more easily to the next location, even with the tripod fully loaded with a camera gear, lenses and accessories approaching 44 pounds.

The Sachtler FSB10 fluid head enabled the crew to switch cameras quickly and easily from their cameras of choice, whether lighter or heavier.