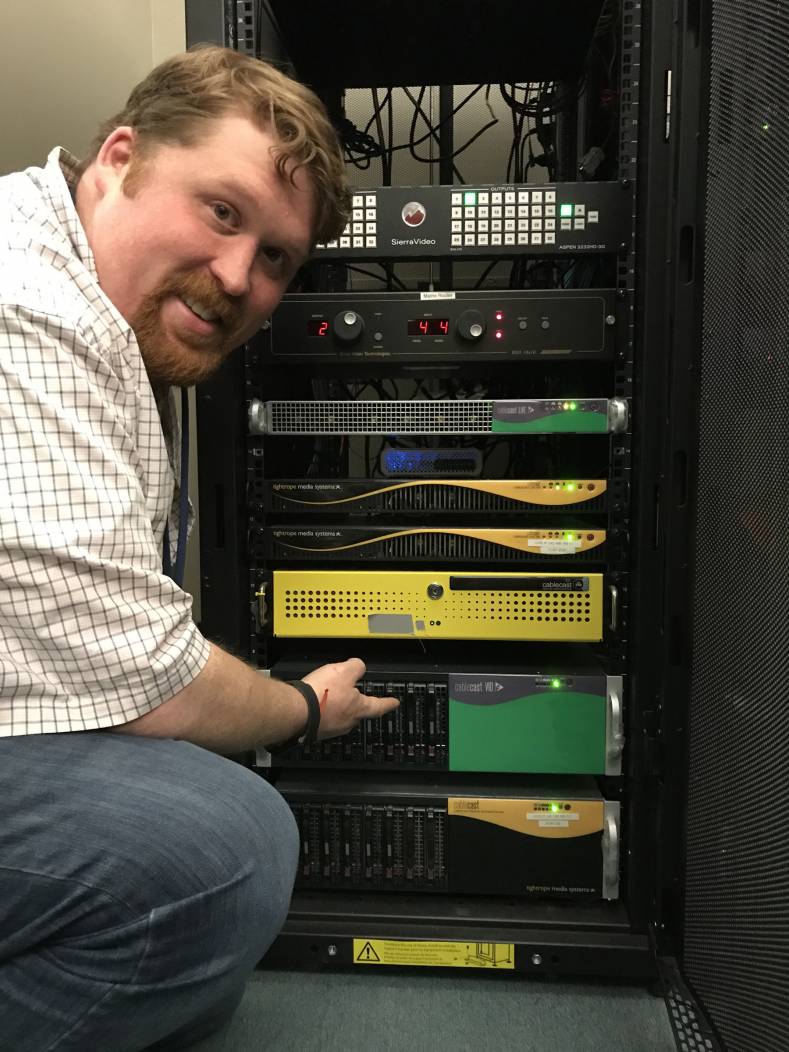 Granite Town Media delivers community access programming over cable television, live web streaming, social media, and OTT channels. Expecting to get its first HD cable channel early this year, the station set out in 2019 to convert its legacy analog infrastructure and equipment to high-definition SDI.  Having used a Cablecast SX4 server for over eight years, it was natural that they would stay with the platform for their next playout and scheduling system.

Station media manager Chris Gentry says, “I liked Cablecast Flex, but Cablecast VIO had some compelling features that would create new opportunities for us, such as expanded support for IP-based remote contribution that we can use for sports and bringing in other towns’ feeds. It also made sense to go for the newest hardware platform to give us the longest lifecycle.”

Having previously run the station’s bulletin board on a tightly integrated but physically separate Tightrope Carousel system, Gentry praises Cablecast VIO’s ability to run multiple instances of the broadcast-optimized Cablecast CG software – still based on the Carousel engine – within a single unit.

“Running our playout automation and three bulletin boards all on one Cablecast VIO server simplifies routing and makes everything more robust,” said Gentry. “We also produce audio podcasts, and are adding them into our bulletin board rotation. The audio of the podcasts is played over the bulletin visuals, which is a great way to bring podcasts into our television mix.”

Beyond the improvements visible to Granite Town Media’s audience, Cablecast VIO and its accompanying version 7.0 automation software have delivered significant operational benefits and time savings behind the scenes. “I absolutely love being able to upload media files remotely through the web interface without needing to be in front of the system,” Gentry praised.