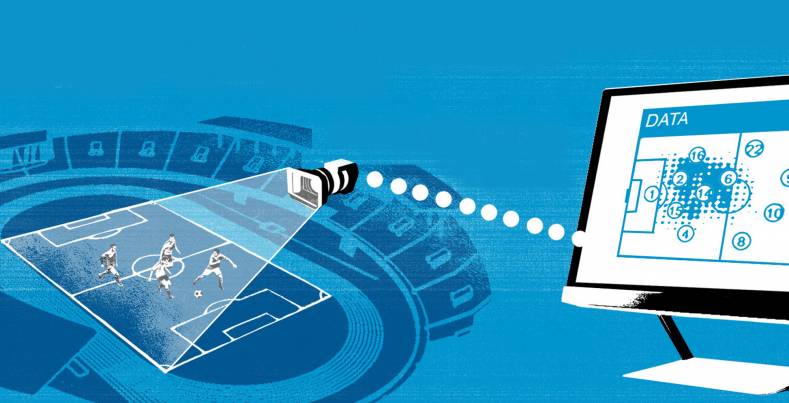 Broadcasters are using digital sensors on players and parts of the field to create graphical representations of the live action in 3D space.

In an effort to entertain fans, sports leagues and broadcasters are now increasingly using digital sensors on players and parts of the field to create advanced graphical representations of the live action in 3D space. They are also used by teams to monitor and improve player performance with various types of camera-based and wearable technologies. These EPTS sensors can measure the velocity, the distance covered, the parts of the field where the player spends more time, the heartbeat and impact of a jump or a tackle. For the EPTS program, the testing was conducted by Victoria University in Melbourne, Australia. Test scenarios measured the performance of tracking systems in different situations, particularly during live broadcasts like sports. The resultant data was measured against data from the millimeter-accurate Vicon motion capture system. The results attained through the EPTS assessment showed that Tracab Gen5 data was of the highest possible quality across all measured categories.

“This [certification] result affirms the tremendous achievements in ChyronHego's continued innovation of the Tracab system, spanning 15 years of focused development effort in computer-vision AI techniques, as well as our wealth of real-world experience in coping with the wide variety of challenging circumstances for tracking players, referees, and the ball,” Wray said.

Spatial-temporal and derived-metrics data feeds from Tracab Gen5 systems can be accessed through a series of APIs to service the wide variety and expanding number of use cases for football data. The data supports broadcast applications such as rendering live player graphics with tools such as Virtual Football for illustration purposes; performance analysis applications used in coaching; and even in-stadium entertainment on LED boards using Click Effects Prime.

When ultra-low latency is required, for example to support fan engagement using augmented reality, data from Tracab Gen5 can be delivered within 150ms. This, ChyronHego said, is the fastest delivery time for a data set of this richness in sport.

“Previous generations of Tracab, deployed on well over 2,500 football matches every year, already perform at a very high level, but with Gen5 we’ve introduced a brand-new architecture that solves many of the challenges associated with optical tracking, especially around object occlusion,” said Eric Hayman, chief scientist at ChyronHego.

“This new architecture and significant redevelopment of our AI algorithms allow Tracab Gen5 to perform in a class above its previous generations, especially in player identification and ball-tracking capabilities,” he said. “This has certainly been evident in the FIFA testing results and certification. Looking to the future, we are particularly excited about the further opportunities for innovation that this new tracking platform provides in a wide range of unexplored application areas.”