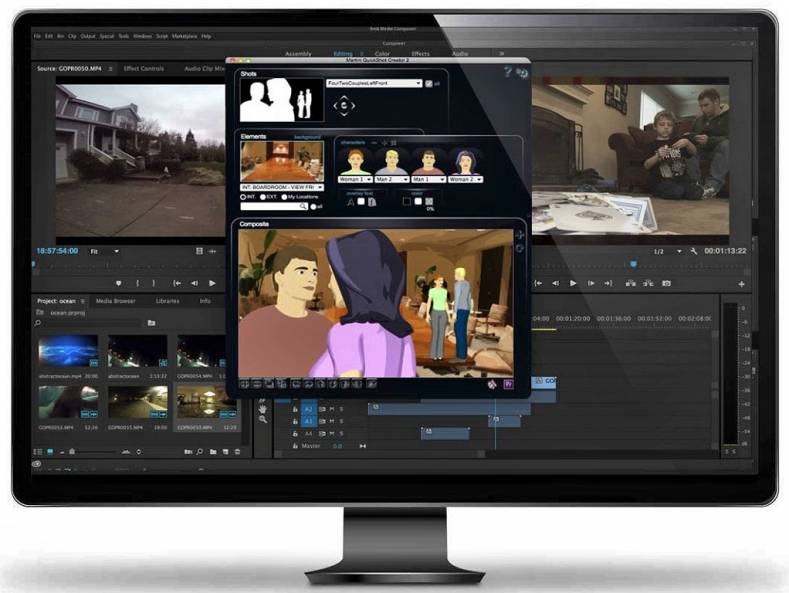 PowerProduction said Martini can be provided as a perpetual license that never expires.

Martini brings visualization into video editing. Rather than breaking the flow of a work-in-progress with "white-text-on-a-black-background" slugs, Martini creates shots that look like scenes that have yet to be shot.

Martini's interface guides editors through the quick creation of composite shots. Editors can select a style, such as basic over-the-shoulder shots, two and three shots and close-ups, as well as fight scenes, chase scenes and other pre-composed multiple shot sequences. Then, editors can choose from hundreds of pre-loaded interiors, exteriors, custom digital location photos and props.