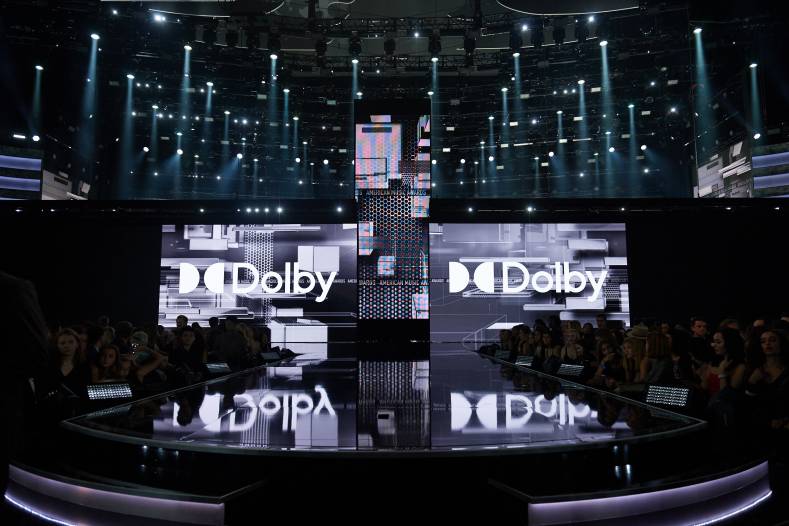 Dolby worked with dick clark productions to install a Dolby Atmos playback experience in the Microsoft Theater in Los Angeles.

Dolby Laboratories has launched a new initiative to bring its Atmos multi-channel immersive audio technology—installed in movie theaters and hundreds of millions of consumer electronics devices around the world—to the discerning consumer. The new campaign, which kicked off during this year’s American Music Awards (AMAs), is based on new research that found that people want to feel a deeper connection with their favorite artists through music.

Each performance was supported by over 250 speaker boxes and 17 high performance JBL line arrays, which were installed and tuned throughout the venue. This allowed attendees in the venue to experience Dolby Atmos mixes of each performance for a more immersive listening experience.

The Dolby Atmos playback system featured 56 channels of pre-rendered stems to a DigiCo SD12 digital audio mixing console. The stems were broken out into Drums, Bass, Background Vocals, and Synth and Guitars. These stems were mixed with live elements (like vocals, guitars, etc.) and bussed out to 17 speaker feeds. 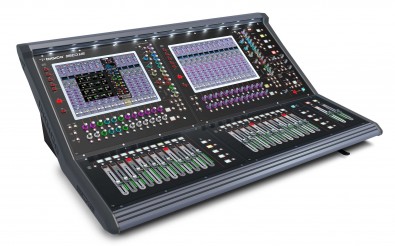 [Stem-mixing is a method of mixing audio material based on creating groups of audio tracks and processing them separately prior to combining them into a final master mix.]

A Dolby representative said this year’s AMA show was the first time it had set up a live in-venue Dolby Atmos Music playback experience in such a large space. ATK Audiotek, an AV equipment rental company in Santa Clarita, California, also helped with the installation.

“There was a lot of prep work that went into optimizing the venue to ensure the audience was able to enjoy an amazing immersive listening experience,” he said. “Since this was a first of its kind, we learned a lot about how live Dolby Atmos playback in a large venue sounds compared to a mix studio.”

Dolby continues to conduct research and engage with the industry on how to bring more immersive experiences to these types of professional/live event environments. As a company, it is always looking at ways to make entertainment experiences better and live venues is one area where it sees a lot of potential.

In the weeks to come, Dolby said it would let people “feel the realness” by presenting the creative minds of top artists through a series of short films, which showcase their personal ethos, stories, and close relationship with fans.

During the AMA show, a two-minute film featuring Grammy nominated artist Lizzo experiencing Dolby Atmos Music for the first time was shown, inviting viewers to see what drives her as an artist. This exclusive portrait film from Dolby spotlights Lizzo’s raw, unfiltered thoughts, and allowed the audience in attendance to engage and feel all that Lizzo is feeling as if they were in the room with her.

Going forward, Dolby will feature other top artists through a series of short films, which will showcase their personal ethos, stories, and close relationship with fans. Dolby said the campaign features real stories from the artists and spotlights their latest singles.

Indeed, Dolby is working closely with artists, record labels, streaming services, and consumer electronics manufacturers to make Dolby Atmos Music experiences widely accessible. Two of the world’s largest record labels—Universal Music Group and Warner Music Group—have announced plans to release tracks in Dolby Atmos from some of the biggest names in music. Consumers can now enjoy music in Dolby Atmos via Amazon Music HD on Echo Studio, at their local Dolby Cinema or in your home through movies released in Dolby Atmos, on special released albums available on Blu-ray, or at a number of music venues around the world where electronic musicians are performing live in Dolby Atmos.

“Imagine if there were a way to connect with music at its fullest capacity and creative potential—not the way most people hear music today, but a version that pulls you into a song to reveal what was lost with traditional recordings,” the Dolby rep said. “Dolby Atmos does just that. Whether it’s a complex harmony of instruments placed around a listener, the unleashing of a legendary guitar solo, a massive bass drop that washes over you, or the subtle breath a singer takes, Dolby Atmos gives music more space and the freedom to unleash every detail and emotion as the artist intended.

According to a recent survey conducted for Dolby in November 2019 amongst people ages 16-45, 67% of respondents said it would be appealing or very appealing to have a deeper connection with their favorite artists when listening to music they love. In addition, 50% stated they would strongly feel a deeper connection if they could hear more depth, detail, and clarity in the music.

“Artists are rallying behind Dolby Atmos because it brings together the strongest bond possible between their stories and fans,” said Todd Pendleton, Senior Vice President and Chief Marketing Officer, Dolby Laboratories. “Together, we are embarking on a journey to change the future of music.”