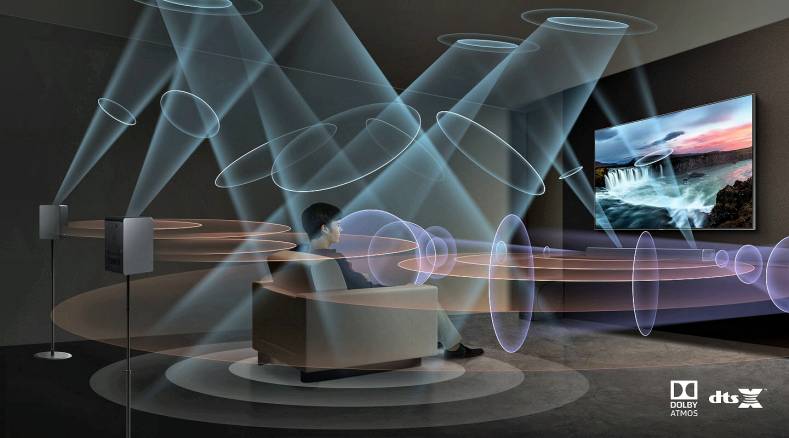 The year 2019 has been very good for professional audio. Technology is improving at a rapid rate, while costs continue to fall. With free distribution technology available throughout the world, more producers than ever are experimenting with new kinds of programming.

Audio in 2019 has evolved around five key trends:

Though it is not new, immersive audio was simplified and came into its own in 2019. The technology got a kick start from three factors: increased low-cost computing power; the soaring popularity of mobile devices with wireless headphones; and more streaming media services bringing feature films and other content with immersive audio to devices everywhere. 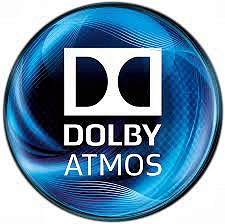 Netflix announced this year that Dolby Atmos is coming to their program lineup, along with the increase in bitrate of audio to comply with the format's requirements. Dolby’s immersive sound technology is now on laptops and gets rid of the old requirement for multiple speakers placed throughout the home. This is a huge advance, where previous technology ran into esthetic and space constraints in homes.

Music is already experimenting with immersive audio. Westlake Pro recently introduced Atmos-ready systems into over 150 studios around the world, including Capitol Records and Abbey Road Studio. Universal Music Group announced earlier in the year that they are remastering past releases for the Dolby Atmos Music format.

Though most immersive sound technology was initially introduced for virtual and augmented reality, it is no surprise that the technology is being adapted by creative producers for more traditional and unexpected applications.

AI is affecting pro audio in a variety of ways. So far, it is being used in smarter software tools for fixing specific audio problems and improving the general quality of sound. It is also having an influence in the creation of immersive sound.

Mark Ethier, co-founder of iZotope, said that some of his company’s software audio repair technology was inspired by photo editing programs, another area influenced greatly by AI. 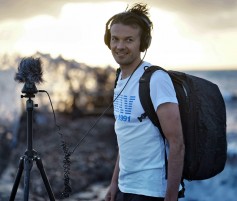 Zoom H3-VR 360-Degree Recorder being used in the field.

AI offers the promise to speed the audio production process and make it more efficient. Already the technology is aiding selective noise canceling, reconstructing high fidelity audio from low quality sources and handling speech processing that can change both dialect and language. Also, AI is aiding with spatial simulations for binaural recording.

As AI software improves, analog and digital audio will blur. Some companies now bring hardware to DAWs via plug-ins that stream the audio from the computer to an outboard processor and back with real-time control. This effectively merges analog and digital technology.

The continuing miniaturization of electronic components, driven by advances in personal computing and the smartphone revolution, is having a major impact on professional audio production from microphones to mixers to recorders.

Never has gear of such high quality been so small and refined. Smartphones are now excellent digital recording devices and a wide range of add-ons are being used for broadcasting, voice-overs and news reporting.

A good example of miniaturization is CEntrance’s MicPort Pro 2, a six ounce, mobile recording interface with rechargeable battery. It handles any microphone (48-volt phantom or not) plus has an excellent preamp, an effective soft knee limiter and backup recording track on a second channel. 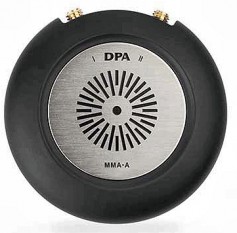 Another is DPA's MMA-A Digital Audio Interface, a pocket-sized high-quality, dual-channel microphone preamplifier and A/D converter. It can be used together with all DPA microphones that have a MicroDot connector. It connects to iOS devices, Macs or PCs and can be carried in a pocket.

These devices are just the tip of the iceberg in an expanding universe of micro-sized, pro-quality audio components. Pros can now carry an entire recording studio in a single shoulder bag.

As immersive audio recording expands outside the domain of traditional studios to make-shift environments, audio monitor set-up is more critical than ever. These computer-assisted adjustment systems have become more capable in 2019.

Digital signal processing has led to automatic speaker calibration systems which ensure an accurate monitoring environment after speakers are installed. Multi-speaker sound installations are even more complex. The speaker arrays must not only sound the same in multiple rooms but should quickly switch to different monitoring systems depending on the project. 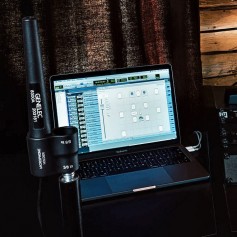 One such calibration system is Genelec’s GLM software. It helps speaker users on both Mac and PCs configure, calibrate and control their monitor systems. It aids in easing the problem of monitors and the room interacting to produce a frequency response that can be far from the neutral and smooth response that is needed to create a proper mix.

The latest version, GLM 3, uses a reference microphone that allows the acoustic environment to be analyzed. Then GLM 3’s AutoCal feature optimizes each monitor for level, distance delay, subwoofer crossover phase and room response equalization. This all happens in minutes, not hours.

Driving all these trends is increased consumer demand for better audio quality. Streaming services are improving the fidelity of their music, while wireless headphones have dramatically improved sound and functionality.

Immersive sound, longer audio playback times, wireless earbud adoption and voice user interfaces are all having an impact on consumer audio. Qualcomm commissioned its 2019 State of Play Report, the fourth annual study, to survey the changing attitudes of consumers about audio. 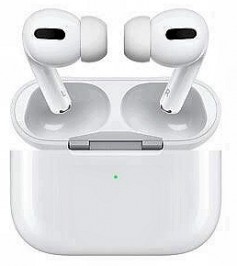 In 2019, improved wireless earbuds exploded in popularity. Due to improvements in Bluetooth audio and technologies like Qualcomm aptX, there’s been a shift in the perception of wireless sound quality.

So much so, that two-thirds of those surveyed this year believe that wireless audio devices deliver equal or better quality sound than wired products. That is a major shift.

The 2019 report suggests wired headphones could well become a thing of the past if the desire for true wireless earbuds continues to grow at its current rate. This year, manufacturers began to claim their wireless professional monitor headphones are now as good as their wired models.

As technology continues to improve, audio producers are finding new and unexpected ways to use it. Though immersive audio products got an initial boost from virtual reality, users have other applications in mind. This is how innovation takes unexpected turns that can vary from the early expectations of manufacturers.

There is no question that as we enter the next decade, pro audio is in a second golden age. Since we all have more “ear time” than “eye time” in our daily lives, creative opportunities abound in taking audio to a new level.