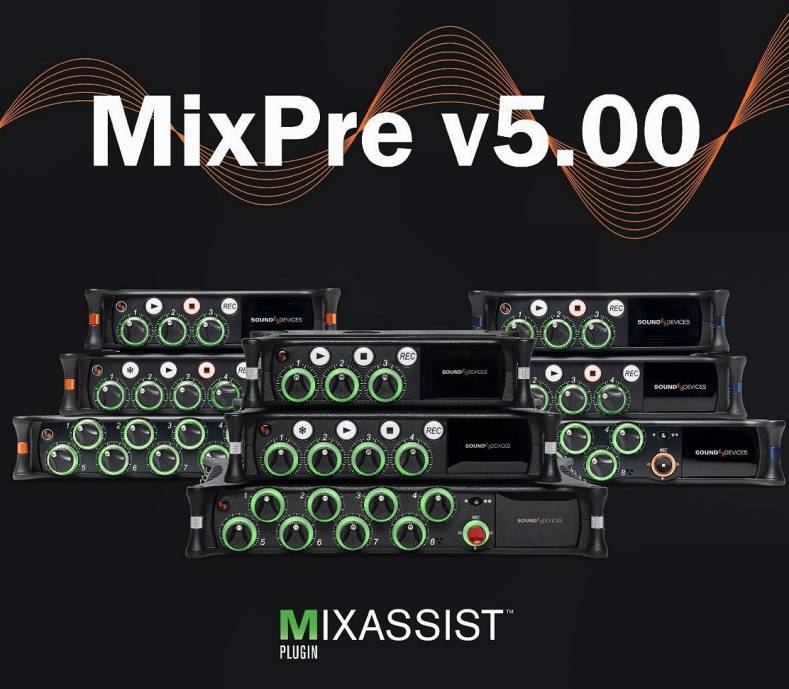 Sound Devices has announced firmware version 5.00 for all MixPre mixer-recorders, including the new MixPre II Series.

MixAssist was previously only available on Sound Devices higher-end 6-Series, 7-Series and 8-Series mixer-recorders. The MixAssist Plugin is compatible with the MixPre Original Series and MixPre II Series, and may be purchased from the Sound Devices Plugin Store.

Another feature introduced in v5.00, flexible USB output routing, allows sound mixers to specify which channels are sent via USB to a computer.

This is useful for podcasting, journalism or whenever an interviewer needs mix-minus or otherwise wants to remove their own voice from a recording. Isolated channels may be sent pre- or post-fade, making it possible to bypass the fader settings on the MixPre if desired.

With newly-added USB hub support, sound mixers can also simultaneously use multiple USB devices, such as a USB controller, USB Keyboards and a USB drive.