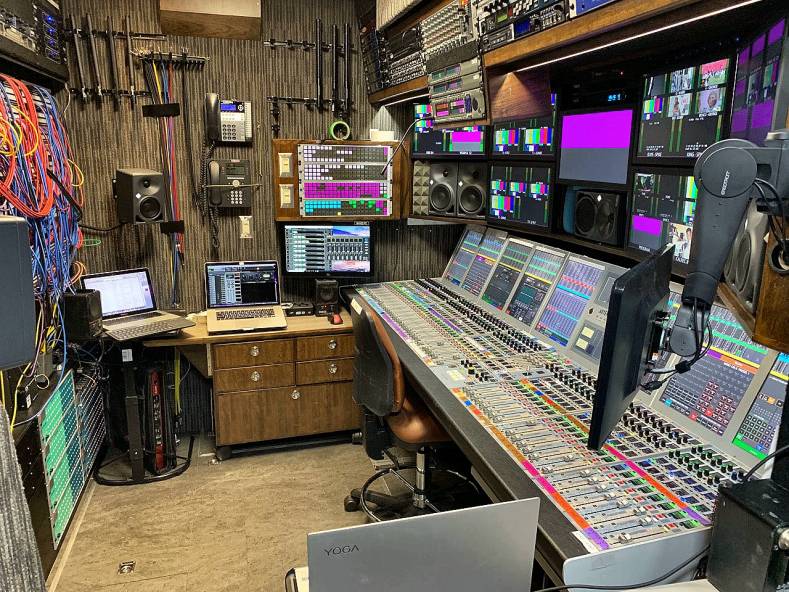 Cohen is owner and engineer at DigiMAXX Productions and has over 30 years of experience designing and mixing audio for live events and broadcast productions.

“I mix an NFL game every Sunday, starting with a preseason game and in alternating years, one divisional playoff game. This year we will go until week seventeen. Most of the Waves equipment in the truck is owned and rented to FOX by DigiMAXX Productions, and we use Waves in two different ways on our NFL show.

One is for post-production and includes ProTools, which is used for editing packages built by our onsite video editor, and the other is for real-time, on-air mixing.”

Describing his must have plugins, Cohen said, “For the announcers, we use Waves SoundGrid on individual inserts as well as group inserts. For each announcer we use the Waves Scheps Omni Channel, F6 Floating-Band Dynamic EQ and then the SSL E-Channel. I prefer to use the dynamic EQ’s for the announcers.